Captain Movie Review: Arya is well known to Telugu audience with few of his appearances in Telugu movies and few other Telugu dubbed movies of himself that worked out here. His recent OTT film ‘Sarpatta Parambarai’ was also dubbed in Telugu and received good response from the audience. His new film  in Tamil ‘Captain’ released in Telugu today simultaneously and Telugu version of this movie is released by hero Nithin’s home banner Sreshth Movies. Let us get into the detailed review of this movie, to know if this movie is watchable in theatres. 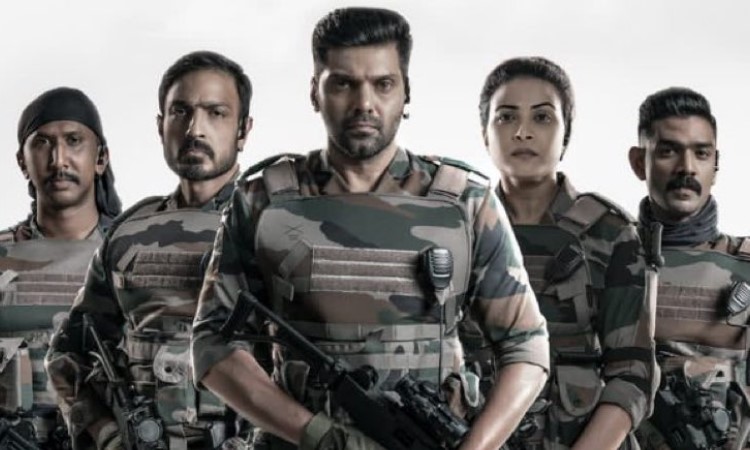 In the north east forest area of India, sector 42 is a place where there is no civilian activity or military activity since 50 years. Government of India decides to know the mystery behind it and prepares a team headed by Captain Vijay Kumar to reach the place to find out the mystery.  Vijay Kumar and his team soon realizes that an alien from another planet has captured that area and the situations they face forms then after forms rest of the story.

Captain movie stars Arya in the leading role while Simran, Aishwarya Lekshmi, Taufique Shersha, Harish Uthaman, Kavya Shetty are playing other important roles. Movie is written & directed by Shakti Soundar Rajan and produced by Arya and releasing in Telugu under the banner Shreshth Movies. Music of this movie is composed by D Imman and Cinematography is handled by S Yuva.

Many people might have seen the Alien movies from Hollywood, especially ‘Predator’ starring Arnold Schwarzenegger, which was one of the favorite movies for 1990’s kids. Captain is movie similar to Predator and we should appreciate the makers for choosing such subject to make it as a film in Indian cinema. But choosing new content doesn’t make a film work at the box-office, despite grabbing the attention of audience. This movie lacks excitement that was created in many of alien movies and makes us feel bored with very routine scenes to watch on screen.

While it comes to acting, Arya was very good in the role of captain Vijay Kumar and there is nothing wrong with his performance, but the character design could have been better, that could have helped this actor to perform more. Aishwarya Lekshmi is okay in the role offered to her. Simran is impressive, though appeared in very few scenes. All other actors did their part well as required for the movie.

Technically Captain movie looks okay. Music composed by D Imman is apt for the situations on screen and it creates the mood required to watch this movie. Cinematography by Yuva is just okay, few shots in the film look good but overall shots are not up to the mark. Fights are very well composed in the movie.

Dirtector Shakti Soundar Rajan always comes up with the genres that are very rare in Indian cinema history. He tries to make films with new genres on limited budget and that’s where problem arises. As the genres he choose need good budget for quality output, we can seen many compromises in the movie, that might disturb the interest of audience. VFX of this movie looks more like an animation, though technical team have worked hard, due to budget restrictions.

Overall, Captain is a new genre film in Telugu and Tamil. This movie can be watched only for the new attempt.