SUN NXT Upcoming Telugu Movies 2021: South India’s biggest TV network is none other than SUN Network. After the evolution of Media digital platforms in India, SUN Network has launched its prestigious SUN NXT App for binge watchers where anyone can find unlimited Movies from various Indian regional languages, Shows & Serials from SUN Network group of channels and many more. 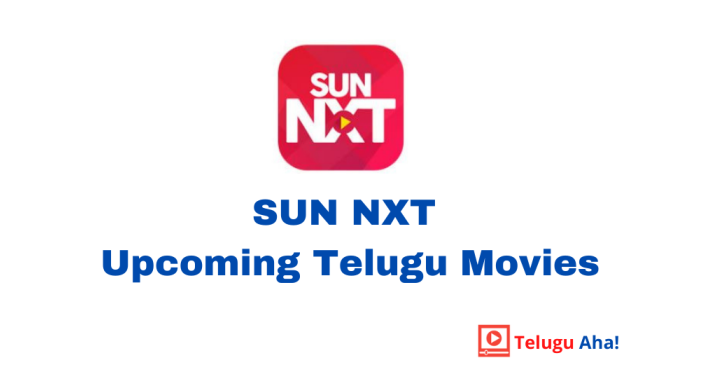 If you are searching for the SUN NXT Upcoming Telugu movies then you are at the right place. Telugu Aha is designed in such a way to help the film lovers in finding the latest Telugu movies and upcoming entertainment programs. So, take a look into the list of upcoming movies in SUN NXT App now.

South India is the place where people shows so much love towards actors and their upcoming movies. Every year hundreds of movies releases in South India and out of that Tollywood produces highest no.of movies. The reach for Telugu movie is more when compared with other film industries in South India. Moreover, Telugu movies has audience from North India as well. In order to entertain the audience as per their feasibility OTT Apps have taken birth, SUN NXT is one among the leading OTT platforms for Telugu content.

Why SUN NXT is the Best Choice for Telugu Movies?

SUN NXT is the digital platform owned by SUN Network group based in Chennai, Tamil Nadu. It is one of the first media network in India having TV channels for all languages in South India. Having SUN NXT subscription plan is worth than many other OTT Apps since it has thousands of Telugu movies besides Telugu dubbed movies, Gemini TV Serials, Shows and many programmes.

Since it is the OTT platform offered by SUN Network it has more advantages than other digital streaming platforms.

As said earlier, The SUN NXT pricing is very reasonable ad affordable when compared with other leading OTT platforms like Amazon Prime Video, it comes for just Rs.50/- per month and Rs.480/- per 1 year. Using the same subscription plan you can watch Tamil, Malayalam and other Indian language movies as well.