The Warriorr Telugu Movie Review: Ram’s much-awaited film The Warriorr, its been creating a lot of buzz for the past few days and one of the reasons is Lingusamy and Ram’s collaboration, However, the movie has set a lot of expectations from the day movie was anounced and now with the trailer, the expectations were peaks as carrying those humongous expectations the film has finally released today July 14, 2022, However, the film has been getting mixed response and let’s see if the film is worth watching or not. 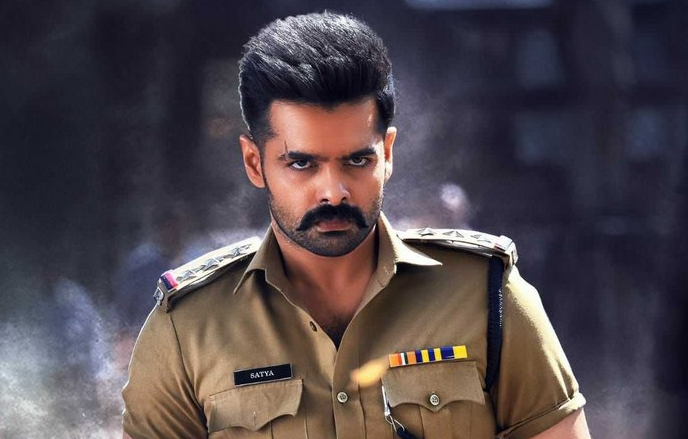 The Warriorr depicts the story of Satya(Ram Pothineni) who is a successful police officer, one day he gets a promotion to DSP and he takes a charge as DSP in Kurnool, where Kurnool city is under the control of the most notorious gangster called Guru(Aadhi Pinisetty), However, Satya cross paths with Guru to stop his illegal activities in the city, meanwhile Satya meets whistle Mahalakshmi(Kriti Shetty)who is a Radio Jackiey by profession, However, twist arises in the tale when Staya reveals his another identity, Finally what was that? and how did he handle Guru to know all these you need to watch the film.

Ram Pothineni, Krithi Shetty, Aadhi Pinnishetty, Akshara Gowda, Nadhiya Moidu, and the film was directed by Lingusamy, while cinematography was handled by Sujith Vasudev, music has composed by Devi Sri Prasad and the film produced by Srinivasaa Chitturi.

We have seen many COP dramas and police backdrop films and when it comes to The Warriorr as Ram and makers have said that this film is not a regular cop drama and that’s exactly right, this film looks like a regular cop film and that’s because of the intention of the makers that audience needs to enjoy the theatrical experience and I would say that worked out quite well with the film.

The movie starts off like regular commercial films with the hero’s introduction and setting up his world and later introduce the villain, However, the movie gets interesting when Sathya face-off with Guru however it doesn’t hold for a long time to watch the film, first half of the film went with regular police and villain’s face off and second half is the soul of the film as the core emotion of the film placed it so well and it worked quite well, moreover second half written quite well as it has no way look same like the first half, in between audience might feel while watching the second half that watching a completely different film.

Like Ram said during the promotions we kept a lot of elements to excite in the theaters and those elements will surely excite you in the second half, despite the fact the hero and heroine track disturbed the flow of the film as the heroic moment, villain elevations and emotions everything land well, However, the climax could have been better.

Ram is known for romantic films as he has done many from coms though he tried few action backdrop films, however, none of the films fared well, he shifted his gear with Isamrt Shankar, after the basking the hit with Ismart Shankar he completely focused on action films, This is the first time for Ram ever done a police character and lot of his fans have to treat in the theaters with his electrifying performance, However Ram as Sathya has done a brilliant job right from his makeover, his dialogue delivery everything suite for the character, moreover he has emoted some nuances in the closeups so well and we can say this is one of the finest performance in his career, Krithi Shetty as Whistle Mahalakshmi is just okay as she doesn’t have any scope to perform and like a regular commercial film she is only for songs and few romantic scenes, However, she nailed with Ram in Bullet and Whistle song and Nadhiya has got a decent role and she justifies her role and the rest of the cast did their best.

Lingusamy is known for stylish action films as he made some of the best films in Tamil and those were pretty familiar to Telugu audience as well like Run, Pandem Kodi, and Awara, However, stylish action drams with the right emotions is the biggest asset for him as the same thing we can see in The Warriorr, there is a lot of science we can see Lingusamis mark taking, However, there are a lot of predictable scenes in the film that could have been written well, otherwise he has succeeded in engaging the audience.

Technically The Warriorr looks top-notch as Sujith Vasudev’s visuals suit the film as he has used in some scenes over-saturated colors and that looks so artificial except that he has done quite a decent job and DSP’s songs have become chartbusters like Bullet and Whistle were created trending in the youtube, However, he failed to impress with his background score, there are lot of scenes which demands a solid bgm bgm he ended up with same old background music and rest of the department did well.