First Day First Show Movie Review: Anudeep KV has no need for introduction as he became a sensation during Jathiratnalu promotions with his unique comedy timing and typical body language made him a unique filmmaker as he is been busy with  Prince starring Siva Karthikeyan. 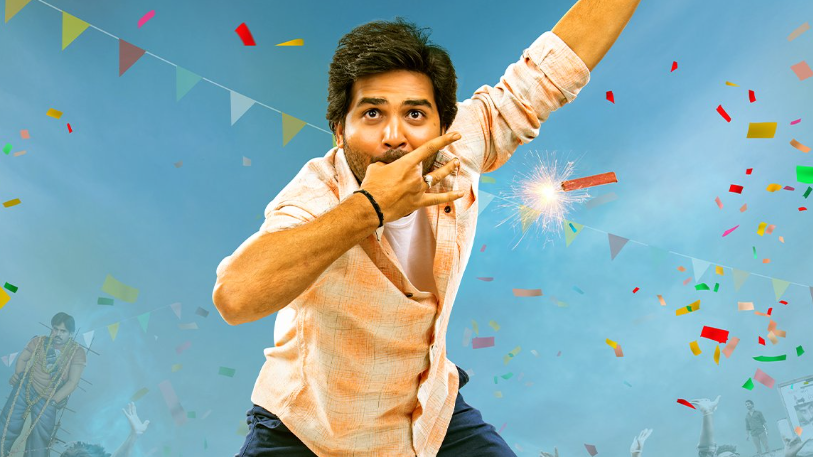 However, Anudeep KV provided the story for a film called First Day First Show, Anudeep has followed same promotional template like Jathiratnalu and that grabbed the attention, however, the film has finally got to release today September 02, 2022, and getting some positive buzz, well without any delay lets delve into the in-depth review and find out whether the film worth watch or not.

A carefree guy who is a hard-core fan of Pawan Kalyan and his ultimate aim is to watch Khushi film on its first day, meanwhile, the guy fell in love with a girl called Laya, interestingly she asks him to get Khushi first day tickets but he couldn’t make it out because of the crowd, finally, will he wins his love? will he watch the first-day first show is forms the rest of the story?

Like Jathiratnalu the film has no story at all, as we can get to see only comedy which has no purpose in the film, but if you don’t care about the story then you will enjoy the film for sure, however, the film starts off well with showcasing the actual scenario at the theater on its first day, moviegoers will resonate this sequence, later the story shifts into a routine love story and first half of went with few comedy scenes, predictable narration, except few comedy blocks the first has nothing to excite.

The second half is good for a while with the same comedy scenes that are nothing that helps the tale, as the whole screenplay is filled with routine comedy scenes, a predictable love track, and the climax looks silly, well First Day First Show is just another satirical film.

Srikant Reddy is good in his character as he looked quite comfortable in the Telangana dialect, Vamshidhar Goud, impressed again with his unique comedy timing, and Tanikella Bharani, Vennela Kishore, Prabhas Sreeenu, Mahesh Achanta are good in their respective roles.

Anudeep KV story has nothing new he has written the story just to entertain the audience with comedy, however, he could have come up with something interesting script, and his assistant Vamshidhar Goud who also acted in the film and while watching the film it seems that another version of Anudeep KV.

Technically First Day First Show is just okay as we Prasanth Ankireddy’s cinematography is partly good and Radhan impressed with background score and few songs are good but those songs remind Jathi Rathnalu songs and rest of the technical departments are good as per the story requirements.

Finally, First Day First Show is a film to watch just for a comedy.