Aakasa Veedhullo Movie Review: Young team has made an intense love story called ‘Aakasa Veedhullo’, right from the teaser to the trailer it grabbed the attention, However, Gautham Krishna acted and directed Aakasha Veedhullo, well the film is got to release today September 02, 2022, and the film has been getting a quite positive response and without any delay, let’s jump into the in-depth review and find out whether the film is worth watching your time. 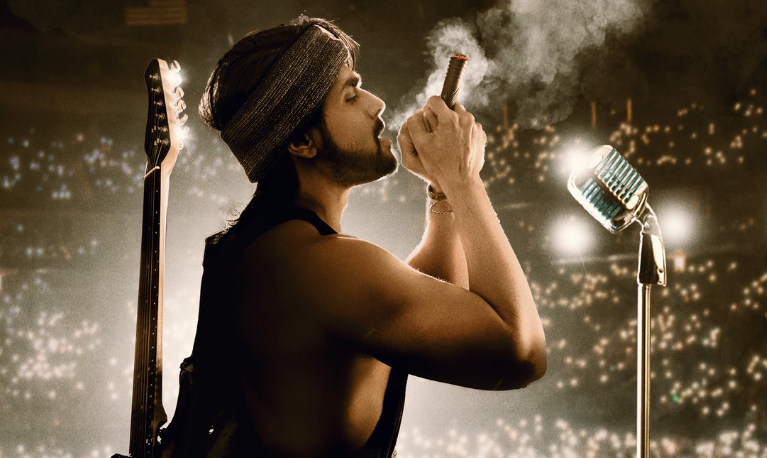 Siddhu (Gautham Krishna) suffers from love failure and eventually becomes a musician, However, his life is made even more difficult when Dharma Music Production announces that he is no longer associated with them. Siddhu’s music career suffered as a result of his alcohol and drug abuse. The story’s climax is shown in how he deals with all of these problems.

Gautham Krishna and Pujita Poonnada are the lead actors in the film. The film is helmed by Gautham Krishna, while the cinematography is handled by Vishwanath Reddy, Music composed by Judah Sandhy and produced by Manoj J.D., Dr.J. Manikanta under the label of GK Film Factory, and Manoj Art Creations.

We have seen many films with this template like the protagonist getting into depression after love failure, later he focused on his career but he can’t forget his soulmate and Aakasa Veedhullo is one among them,  from the beginning to end we get see outdated narration, predictable scenes, and lackluster performances.

Though a few love scenes and travel scenes are not fresh still those scenes might engage you for a while because those scenes feels good to watch on screen, apart from that the film has nothing to entertain. Aakasa Veedhullo is a character’s journey but the director failed to establish the character as it feels like nothing new in Hero’s character, maybe that is the reason we get disconnected from the beginning itself and the core emotion didn’t land well.

Finally, Aakasa Veedhullo is a one-time watch film if you have nothing left to watch then you can give it a try.