Ranga Ranga Vaibhavanga Movie Review: Panja Vaishnav Tej is another hero from Mega family who scored a blockbuster with his debut film ‘Uppena’. Vaishnav Tej’s second film under the direction of Krish is Kondapolam, which was declared a disaster. Now Vaishnav Tej came with a family and love entertainer ‘Ranga Ranga Vaibhavanga’ and this movie released in theatres today on September 02, 2022. Let’s not waste the time and dive into the in-depth review of this movie, to know if this movie is worth watching in theatres. 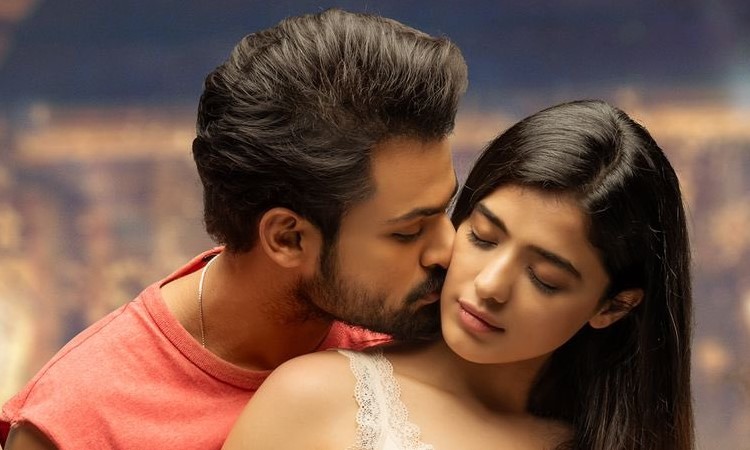 Rishi and Radha are childhood friends and a small situation turns these friends into enemies. With a small issue in their childhood, they decide not to talk with each other until any one of them breaks the silence. Though their families are very close and no matter how harder they try to resolve the conflict between these youngsters, Rishi and Radha’s ego keeps increasing. Even with such hatred and ego, how did Rishi and Radha care for each other, how did love blossom between them forms the rest of the story.

Ranga Ranga Vaibhavanga movie is predictable from the very first scene. These type of stories are seen in many Telugu films, where the lead characters always fight for some reason from childhood and later on fall in love with unexpected situations that changes their perception towards each other and then there will be a conflict between their families, this is how many movies are made on similar point. Ranga Ranga Vaibhavanga follows the same pattern and offers nothing new to watch. However, this movie has all the elements like friendship, love, family emotions, fights, songs and everything that could connect with the family audience. Neither the 1st half nor the 2nd half of the film has new scenes that could attract a regular movie watcher.

While it comes to acting, Panja Vaishnav Tej who impressed somewhat in his debut film failed to impress with his performance in this movie. He has a similar expression for different emotions and he has to work harder to improve his acting skills. Ketika Sharma also looks like a beauty doll, but her performance is not that good. Naveen Chandra was decent in the role offered to him. Senior actors Naresh, Prabhu did their roles well. Satya and Rajkumar Kasireddy offer few laughs. Harshini and other actors did their part as required for the story.

Technically, Ranga Ranga Vaibhavanga looks average. Songs composed by music sensation Devi Sri Prasad are forgettable and from last few movies, he started adding the background music from the songs he compose for the film and adds nothing new as per the requirement of the scenes. Cinematogrpahy is Shamdat Sainudeen is okay and some scenes look colorful, but few scenes might be disturbing with over saturated colors on screen. BVSN Prasad had given enough freedom to the director and production values of this movie are good.

Director Gireeshaaya, who tasted success with the remake of ‘Arjun Reddy’ in Tamil, failed to offer new content to Telugu audience. Though Ranga Ranga Vaibhavanga has all the elements that could attract family audience, story and narration of this movie feels disappointing.

Overall, Ranga Ranga Vaibhavanga is an average love and family entertainer that can be watched once for few emotional scenes and fun.