Sadhana Telugu Serial: Sadhana is the new serial premiering on Gemini Channel. This serial is the official remake of the Tamil serial “Kayal”. In Tamil “Kayal” was the biggest hit serial. Gowramma Serial fame “Shambhavi” playing the main lead role of Saadhana in this Serial while Hussain Ahamed Khan also plays the main supportive role. 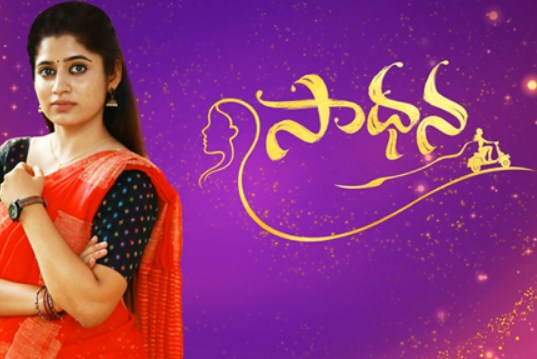 Sadhana is just the remake of the Tamil Serial “Kayal”. In Tamil Kayal Serial the lead character is a Young Woman who is regularly abused by her father. She has brothers and sisters also. With all these problems she never gets down but strives hard for the welfare of her brothers and sister. She is also the Lone bread earner who works as a Nurse for her family. How she faces all these problems are going to be the main plot and story of this serial.

Sadhana Serials’ streaming date wasn’t announced.  Only Title Poster with Caption coming soon was released by the makers of Sadhana Serial. Kayal Serial was a huge success in Tamil and Sadhana Serial going to bagg that same record in Telugu also. As of Now, 18 Episodes of the serial got completed. This serial was launched on January 24, 2022. Sadhana will stream on Gemini TV From Monday to Saturday at 8.30 pm.

Disclaimer: All information we have given here has been taken from the Broadcasting Audience Research Council of India which is the biggest official organization in India dealing with TV Shows and TV Channels, Television broadcasting. Keep visiting our website to get the latest TRP Ratings every week.