Kayal Serial: Kayal is one of the top Tamil Serials. Within a short time, this serial has garnered a huge fan following. Chaitra Reddy and Sanjeev Karthik Played the main lead roles in this Series. P Selvam has been directing this series. Kayal Serial Streams on Sun TV Channel from Monday to Saturday at 9.00 pm. Let’s know more about this serial. 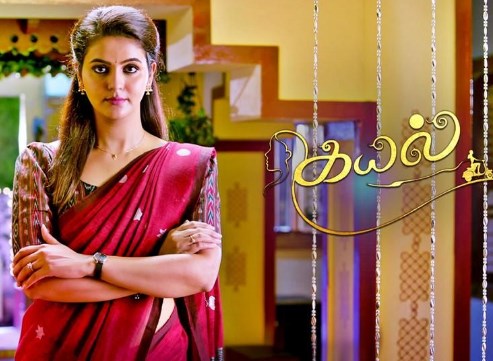 Kayal is a Complete Emotional drama. Kayal is a nurse who is the daughter of an Abusive father. She will be tortured daily by her father. She also has brothers and sisters. Kayal is the only bread earner of the family. Though she is facing all these problems, She handles it carefully and moves forward. But in this course, she is ignoring herself.

Kayal Tamil Serial Started streaming on October 25, 2021. Before a Completion of the year, it has garnered a huge number of fans. Kayal Serial streams on Sun TV Channel from Monday to Friday. If you didn’t watch it once and you will like to watch the next episode without missing it.

Disclaimer: All information we have given here has been taken from the Broadcasting Audience Research Council of India which is the biggest official organization in India dealing with TV Shows and TV Channels, Television broadcasting. Keep visiting our website to get the latest TRP Ratings every week.