Jai Bhim Movie OTT Release Date: Jai Bhim is the Much Awaited Movie in South India. Recently its Poster was released on the occasion of Suriya’s Birthday. This movie is going to stream on Amazon Prime in November. Gnanavel Raja is the Writer and Director of this movie while Suriya and Jyothika jointly producing it under banner of 2d Entertainments. 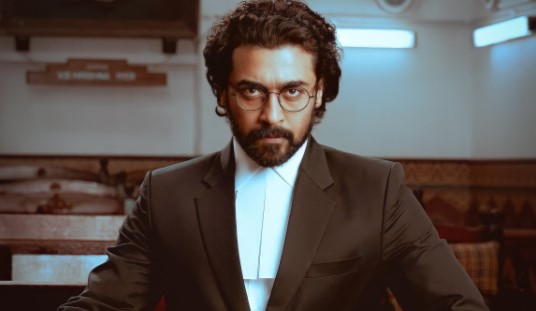 Lot of Buzz surrounded around this movie when first its Poster and title was released. Some thought it would be the Bio-Pic of Dr. BR Ambedkar as the Look and Slogan was similar to Ambedkars Period. As Per the official information, this movie is inspired from 1993s madras high court case fought by Justice Chandru’s. Taking Inspiration from that Movie has been build the makers said.

On the Occasion of Surya’s Birthday 23 July 2021 this Movie’s Poster was Released. Other Crew Members details have been given Below.

Jai Bhim is all set to release directly on OTT Platform. Suriya’s Production team have Collaborated with Amazon Prime. Now the four movies of Suriya’s self Production one directly getting streamed on Prime Video. The other three are oh my dog, Raame Andalum Raavane Andalum and Udan pirappee.

Exact release date weren’t announced but movie is going to stream on amazon prime in November Month. As corona third wave may seem to hit us so makers have planned and decided before itself to release these movies directly on OTT platform. Since One week corona cases started increasing day-by-day.

Watch Movies only on OTT’s or In Theatres. Keep Visiting our website to get the latest Updates on Movie’s OTT Releases, Reviews, Satellite rights and Many More.