Love Today Movie Review: ‘Love Today’ is a movie made in Tamil, that got released in theatres with very low expectations, but turned out to be a blockbuster with more than 50 crores of collections. Top producer Dil Raju has decided to release this movie in Telugu and brought the rights from the Tamil producers. This Tamil blockbuster has released in Telugu today (November 25). Let us get into a detailed review of this movie, to know if this movie is able to entertain Telugu audience as well. 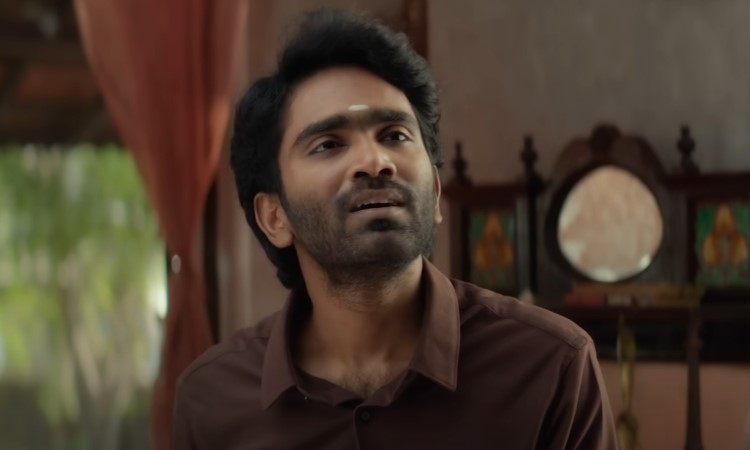 Uthaman Pradeep loves Nikitha very deeply and decides to marry her. One day Nikitha calls Pradeep all of a sudden and informs him to meet her father about their marriage proposal. Confused Pradeep visits Nikitha home and during the conversation with her father, Pradeep & Nikitha are asked to exchange their mobile phones for just one day as a condition to accept their marriage. Pradeep & Nikitha accepts the condition and then issues starts arising between the couple as they come to know the unknown truths about each other after exchanging their phones.

Love Today movie will definitely connect with all the youngsters of this generation, as this movie has many scenes that are relatable to present day scenarios. People who are in relationship will definitely hide many things from their partners, comedy that has been generated in this movie with this same point will make audience connect with the characters and laugh to the situations on screen. Few emotional scenes at the end also worked well, though there are few routine comedy scenes. This movie also has some scenes that will make us think and some scenes that look over the top. But this movie never feels boring throughout the running minutes.

While it comes to acting, Pradeep Rnganathan was okay with his performance, as he looks like imitating few actors, his acting might remind you of Dhanush and Prabhu Deva in few scenes. Ivana looked beautiful on screen and she was very natural with her performance. Sathyaraj looks over the top in few scenes and managed well in other scenes. Yogi Babu & Raveena Ravi also entertained with their performances though they had less screen presence. Radhika Sarathkumaralso entertained in few scenes as hero’s mother. All other actors did their part well as required for the story.

Technically, Love Today movie looks okay. Songs composed by Yuvan Shankar Raja are not up to the expectations, but they look apt for the movie. Background music is good. Cinematography by Dinesh Purushothaman is decent as movie is shot in limited locations. Editing by Pradeep E Ragav is crisp and has no unwanted scenes. Production values are as per the requirement of this story.

Director Pradeep Ranganathan is successful in providing a youthful entertainer that could connect with majority of youngsters from present generation. Few comedy scenes from movie looks like a copy of memes from Instagram. Pradeep was able to add the emotions and create fun with a simple point that is relatable with many people.

Overall, Love Today movie is fun-filled romantic drama that should be watched in theatres definitely with your friends.