Alipiriki Allantha Dooramlo Movie Review: Few months earlier a song was released on YouTube praising ‘Tirupati’ that grabbed the attention of Telugu audience and a few days later same team have released a teaser of their movie that is completely shot in and around Tirupati. Trailer of this movie looked more interesting and movie team have done some good promotions before the release. Today ‘Alipiriki Allantha Dooramlo’ released in theatres and let’s get into the detailed review of this movie to know if the promotions help this movie to meet the hype that was created around. 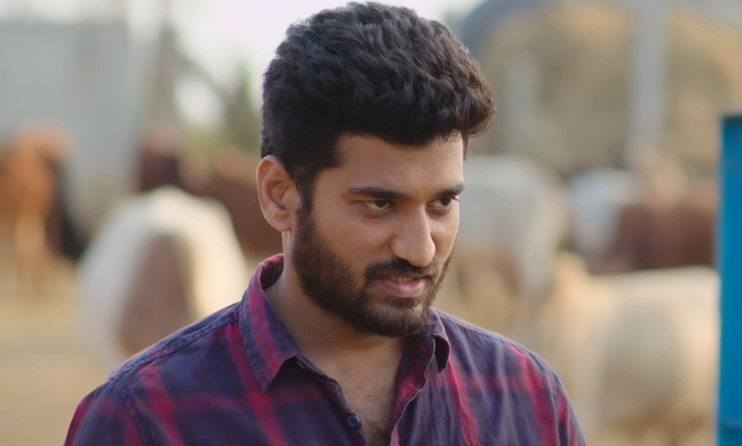 Varadhi is a middle-class guy who sells idol frames. He loves a girl, but her parents don’t like him because he isn’t rich. Varadhi joins a robbery to get money quickly, but this turns into a big-time money hunt that will change his life and the lives of others for good.

Alipiriki Allantha Dooramlo released in theatres without any expectations and the cast involved in the movie are mostly new comers, but while watching this movie on screen, you might never feel that this film is made by new comers. Movie starts off slowly, but picks up the pace when the main character in the movie decides to rob the money by convincing himself that stealing money would change everything in his life makes movie more interesting. Though there are few flaws in the narration in the first half & later half, movie keeps us engaged till the end with some interesting scenes and twists.

While it comes to acting, Raavan Reddy who is just one movie old (Pedavi Datani Matokatundi) is very impressive in his role that has many shades and has very good scope to perform. He gave his best to the role and he has a terrific screen presence. Sri Nikitha is okay in her role and has nothing much to do. Actor who did hero’s friend role also impresses with his performance. All other actors did their part well as required for the story.

Technically Alipiriki Allantha Dooramlo looks okay. Music composed by Phani Kalyan is good, Tirupati song which already grabbed attention looks good on screen as well. Cinematography by DGK could have been better, some shots look more like a short film which might be because of budget restrictions. Editing by Satya Giduturi is okay. Production values are not up to the mark.

Director Anand is successful in engaging the audience till the end with his making and writing. Though movie has few flaws in making, that can be ignored as this is director’s first movie.

Overall, Alipiriki Allantha Dooramlo is an interesting movie to watch in theatres this weekend. Watch this movie without any expectations and this movie will satisfy with some good performances & making.