Itlu Maredumilli Prajaneekam Movie Review: Allari Naresh never disappoints when he comes up with concept-based films as we have seen him last in Naandi, now he has again come up with a content-based film called Itlu Maaredu Malli Prajaneekam, the trailer has impressed and a crested good amount of buzz, however, carrying the humongous expectations the film has finally released today November 25, 2022, let’s dive into the review and find out whether the film is worth watching or not. 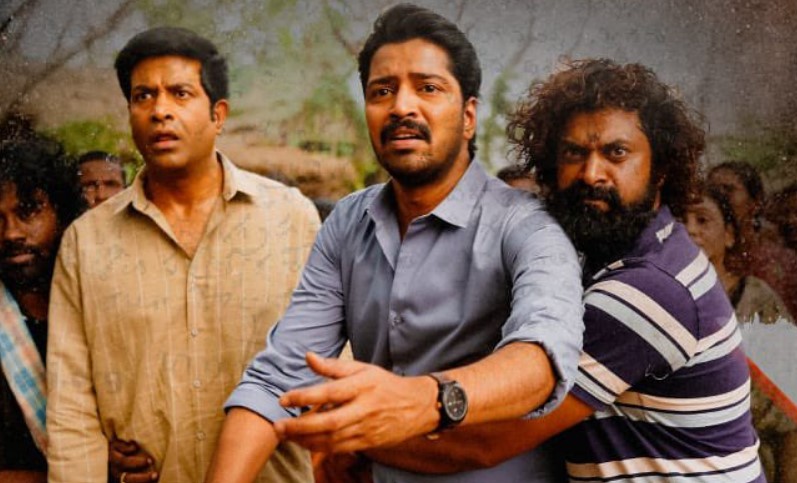 The film narrated the lives of Maredumallu forest dwellers who still live a backward life with a lack of resources when the politicians decided to consider them as voters for their upcoming elections, in order to cast their vote someone must go to them asks for the vote, and Naresh who is a government employee who goes to ask them for a vote, but twist arises in the tale when then disagree for a vote and ask them for justice for their member Appanna’s mysterious death, Finally what happened forms the rest the story.

Itlu Maredumilli Prajaneekam stars Allari Naresh, Anandhi, Vennela Kishore, Chammak Chandra, Praveen, Sampath Raj, Raghu Babu, Shritej and others, the film was directed by AR Mohan, music was composed by Sree Charan Paakala, While the cinematography has done by Raam Reddy and the film was produced by Zee Studios and Hasya Movies.

The film starts off well by showcasing forest dwellers’ lifestyles and for the first time politicians taking the forest dwellers into consideration to casting their votes for upcoming elections, it then dives into the discussion of who will go to the forest and ask them to cast their vote, once the protagonist went to Maredumalli, from there the starts getting even more interesting, the first half of the narrative quite gripping with showcasing forest dwellers life, how they are facing problems in day to day lives and when they are unaware of the voting process, the protagonist became the voice for them, all these pulls you into the world of Itlu Maredumalli Prajanekam and makes you part of it, the interval bang created the curiosity to watch the later half when the dwellers ask the justice for Appanna’s death to the politicians.

The second half also starts off interesting when the protagonist takes it seriously of dwellers problem he starts facing problems after becoming a voice for them and once he gets to know the dark truth about politicians and government officers makes you invested in the story, but the pace dips before the pre-climax and the story flounders in the climax but when we look at the whole package the film has all the elements that every common audience will surely connect.

Allari Naresh was again impressed with his natural performance, but we miss his comedy in this film, and Anandhi is good though she doesn’t have much scope to perform and Vennela Kishore is the breath of this serious film he makes you chuckle with his acting and  Chammak Chandra, Praveen, Sampath Raj, Raghu Babu, Shritej all are did their best.

AR Mohan came up with an interesting story in the election backdrop and he did his best in bringing a good product, though the film runs on the backdrop of the election he raised many questions by showcasing forest dwellers’ lifestyles which makes us think as we came out of the theaters and he succeeded in engaging the audience.

Technically Itlu Maredumalli is good, except for the poor VFX,  majority of the film was shot in Maredumalli’s dense forest, and cinematographer Raam Reddy captured the beautiful locations but the color tone could have been better, Sri Charan Paakala’s songs were not up to the mark and his background score partly good, rest of the team did their best.

Overall, Itlu Maredumalli is a well-made social drama that can be watched by every section of the audience.