Thaggedele Movie Review: For the past few days this film called Thaggedele has created some buzz with the trailer as a lot of people know about Dhandupalyam and undoubtedly that grabbed the attention because the film was directed by Srinivas Raju who was directed Dhandupalyam, well Thaggedele film has finally released today November 04, 2022, without any delay let’s delve into the in-depth review and find out whether the film worth watch or not. 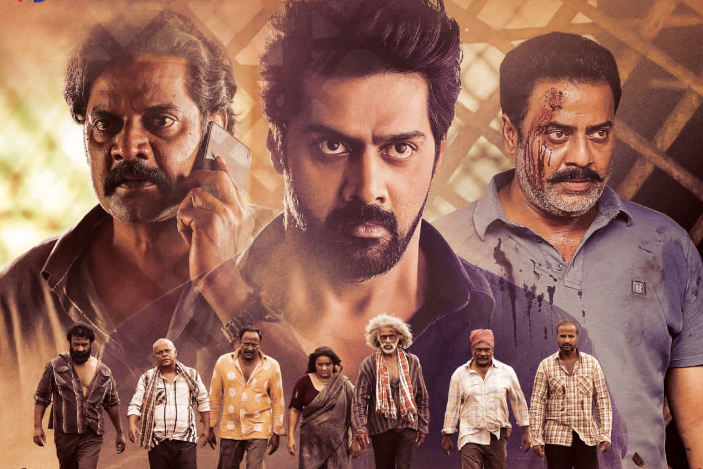 The story depicts where a serial killing that happens in the city and polices starts to investigate in the proceedings they come to know that hero taking revenge, What was the hero’s flashback? why is taking revenge form the rest of the story?

The movie starts off interestingly by showing serial killings happening in the city, but once the story shifts into a love track then the pace of the screenplay dips, However, there are a few elements in the first which may hook the audience for while in the first half and once the Dhandupalyam gang enters in the second half gets interesting but their actions are no longer connections with the story but it’s quite good to see them on screen.

We can experience the Dhandupalyam premise for a while but I don’t think that will helps in the success of the film, the movie has some elements that will connect with youth but the film partly engages you from the start to end, if the right amount of emotion land well then the movie could have been much better.

Naveen Chandra did good but this type of character is just a cup of tea for him, Divya Pillai also did well but she has less scope to perform, Ananya Raj who looked glorious and had nothing to perform, and Ravi Shankar, Raja Ravindra, Naina Ganguly, Naga Babu, Pooja Gandhi did their roles well.

Srinivas Raju is known for Dandupalyam films, his raw and intense making rose him recognization and now after a long, he came up with a love story, namely this love story but he included many elements like how money laundering happened at Baba’s and Swamiji but those points are good to see on screen but he failed in including those points in the screenplay properly.

Technically, Thaggedele is good as Venkat Prasad’s cinematography impressed in a few portions, and Chinna’s Bgm is not up to the mark, Charan Arjun’s songs didn’t register and the rest of the team did well.