Bomma Blockbuster Movie Review: After multiple delays, Amid a lot of other films released today, Nandu’s film Bomma Blockbuster has finally arrived in the theaters today November 04, 2022. The film’s trailer grabbed the attention as it seems Nandu is going to bag the solid hit, well without any delay let’s jump into the review and find out whether the film lives up to the expectations or not. 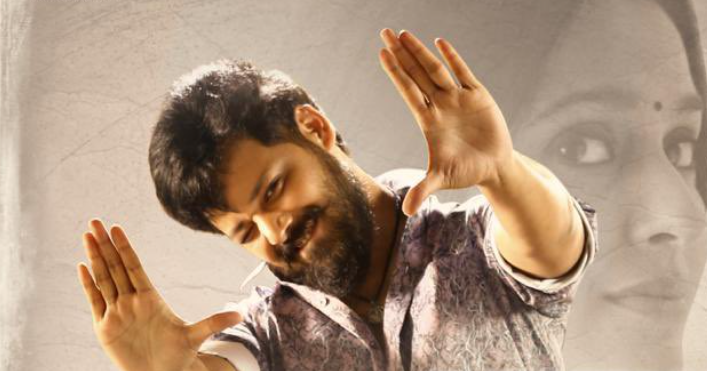 Pothuraju is a fisherman, a cinephile, and a devoted fan of Puri Jagannath. His life ambition is to relive the thrilling moments of his past and persuade his hero Puri Jagannath to create a film about him. As time passes, he discovers family and life mysteries that have a great effect on him. Pothuraju will therefore be compelled to confront the profound anguish that lies beneath his stupid pranks and limited worldview. Observe the film “Bomma Blockbuster” to discover the life-altering secrets and whether he was successful in achieving his aims.

The film starts off interestingly by introducing the Protagonist character that sequence pulls you into the film and makes you travel with the film as the proceedings the film gets interesting with a  proper blend of all the commercial elements in a way all those elements make sense in moving the story forward. However, the story has flaws as well but the film has all the elements that hold the audience’s attention from start to end.

A few scenes like the protagonist trying to meet Puri Jagannath make the film connect a lot of youngsters and the second half’s pace dips with the love track which deviates the track as well but once the protagonists get back on right track then the pace is of the film is fireworks.

Nandu as Pothuraju is good, he proved that he can pull off any character, Rashmi Gautham is just good in her role there is not much scope to perform and Kiriti, Raghu Kunche and the rest of the cast did their best.

Raj Virat is impressed with his writing and taking as well, the protagonist’s character is written so well and he succeeds in engaging the audience from start to end.

Technically, Bomma Blockbuster is good as Sujatha Siddharth’s cinematography makes you delve into the story with his lighting and shot composition and Prashanth R Vihari’s songs didn’t register but he showed his experience in the Background score, and the rest of the technical team did well.