Yashoda Movie Review: Samantha’s much-anticipated film Yashoda has finally arrived today November 11, 2022, as the trailer got a brilliant response and the plot grabbed the attention, well, without any delay let’s delve into the in-depth review and find whether the film lives up to the expectations are not. 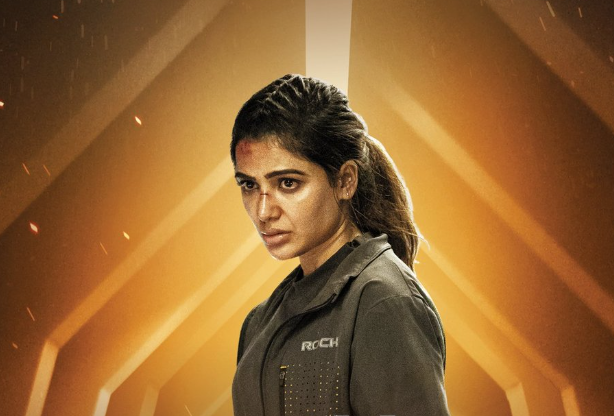 Yashoda(Samantha) is a middle-class girl who accepts to become a Surrogate and she becomes pregnant as She is instructed to abide by a few rules about her safety and physical well-being. However, once she gets to know about the shocking truths about Surrogacy, a series of incidents force Yashoda to live dangerously, endangering her health, Finally, how Yashoda gets out of that maze is the rest of the story.

Samantha, Varalaxmi Sarathkumar, Unni Mukundan, Rao Ramesh, Murali Sharma, Sampath Raj, Shatru, Madhurima, Kalpika Ganesh, Divya Sripada, Priyanka Sharma, and others are playing major roles, and the film directed by Hari – Harish, while the cinematography has done by M. Sukumar, Music has composed by Manisharam and the film Produced by Sivalenka Krishna Prasad under the banner of Sridevi Movies.

The movie takes time to get into the actual story as we can see all the key characters’ introductions at the beginning of the film, however, once the twists unfold to Yashoda then the film gets interesting and makes you glued to the seat and from there the pace of the film fireworks as you can see unf0lding many layers of the story which are quite interesting to watch it on screen.

The major attraction of the film is the premise, a premise we have never seen in any film, Yashoda has all the elements that will surely connect all sections of the audience. The right amount of drama and a gripping screenplay made the first half engageable, The second half gets even more interesting when all the layers unfold, and also the second half focused on motherhood emotion, and that emotion land well.

We have seen a few movies made on the backdrop of ‘Surrogacy’ but this film stands out because it has many layers and all of them are somewhere related to the viewers. Yashoda has a few flaws as well, while Yashoda is trying to know who is behind this surrogate scam, the point itself is quite intriguing and the suspense is held by the makers quite well but once the twist is revealed, that was not convincing at all.

Samantha as Yashoda did a brilliant job as a Surrogate she showed her mettle in acting, there are many layers has Yashoda’s character and she effortlessly did it and it’s quite good to see her doing action scenes, Varalaxmi Sarath Kumar, Unni Mukundan and Rao Ramesh, Murali Sharma, Sampath Raj, Shatru, Madhurima, Kalpika Ganesh, Divya Sripada, Priyanka Sharma, all do their best in their respective roles.

The twin directors Hari – Harish came up with a brilliant tale and they delivered one of the finest films, though the writing deviated from the story the du0 succeeded in providing the right amount of thrill and the right amount of emotion. Many people are unaware of Surrogates as they showcased brilliantly how Surroagate scams are happening and how innocent women have been becoming victims.

Technically, Yashoda looks good, M. Sukumar’s cinematography is good as his framing, and shot composition takes you into the world of Yashoda, Manisharma’s songs are not up to the mark but he showed his experience in Background music, he makes us feel thrilled with his brilliant background score and  Ashok has done a brilliant artwork as the sets were erected so well and rest of the team did well.

Overall, Yashoda is well made Emotional Thriller and the film can be watchable by all sections of the audience.