Vishal Telugu Dubbed Movies List: Vishal was born and bought-up in Chennai, entered the Tamil film industry as an Asst director and finally made his acting debut in 2004 with Chellamae directed by Gandhi Krishna. He got commercial stardom with Sandakozhi (2005) which is a Blockbuster hit in Tamil and dubbed into Telugu as Pandem Kodi, recorded a Super Hit. 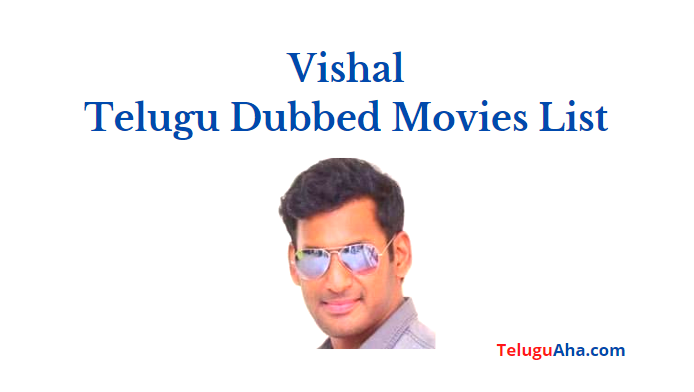 He is the son of the popular film producer GK Reddy. Since he belongs to Telugu family, he is more fluent in both Tamil than Telugu languages. In 2017, He was elected as president of Tamil Film’s Producers Council and also committee member of Nadigar Sangam. He is very much active in raising his voice against movie piracy sites.

In early 2000’s Vishal used to have a big market in Telugu states, still his movies does a good business here.