Top 5 Advance Birthday Trends In India: Advance Wishings to Birthday of Prominent Persons have started new trend in the country. Among all the FilmIndustries in India, Tollywood stood top in creating trends on Twitter.

Fans of Particular Celebrity or Actor are planning together and tweeting million times in twitter or facebook. More number of Tweets is the new trend in social media. With hashtag many followers are tweeting and retweeting their stars birthday wishes on Social Media. 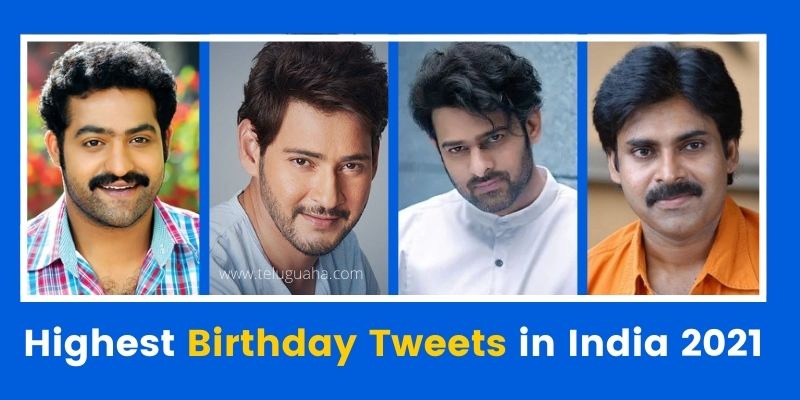 Customer Data platform (CDP) shows how many tweets were done with particular hashtag. Since twitter became popular in india, Pawankalyan stood top in getting more wishes. His fans are wishing in advance by tweeting million times in twitter.

Pawankalyan was born on 2nd September 1971. As there are only few weeks for his 49th birthday, Fans are busy in trending and tweeting #AdvanceHBDPawanKalyan.

After Pawankalyan, Rebel Star Prabhas is in second place in getting highest Advance birthday tweets of 10.94 Millions. Prabhas was born on 23rd October 1979. His fans are working hard to trend #41DaysToREBELSTARBDay.

Junior NTR is in Third place with 8.5 Million Advance birthday wishes tweets. Junior NTR was born on 20 May 1983.

Powerstar Pawan kalyan’s craze has been bit increase after he came into politics. He is now Janasenani along with actor. His political steps and decision are playing prominent role in Ap, Telangana Politics.