Top 10 First day Collections in Tollywood: Tollywood is the biggest film industry in India. Though Bollywood is Big in some matters it is actually the Tollywood where Huge Budget films are made regularly. Tollywood is also the place where Movies collections are higher than any other movie platforms. Here we are giving you the List of Top 10 Movies which have bagged Highest collection on 1st day of theatrical release. 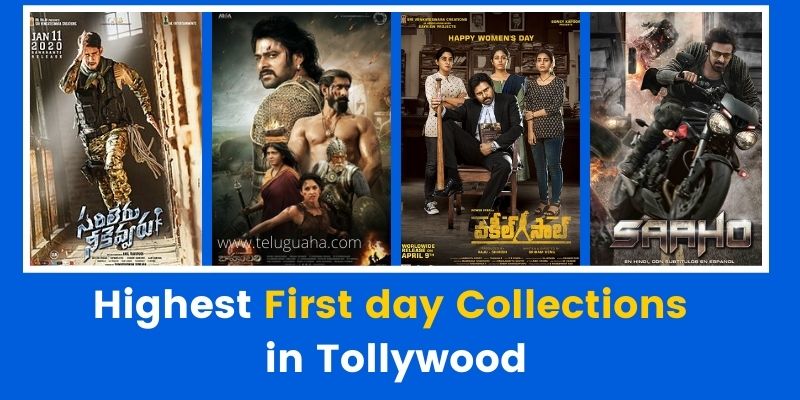 Which movie has highest first day collection in Tollywood?

Bahubali 2 has bagged many records not only in India but also in world. It has been later released in many languages in other countries. Tollywood has biggest one of the biggest business industry.

Because of Corona Pandemic Situation Theatrical releases were halted which affected crores of collection. Though OTTs Premiering latest movie directly, but Revenue from Theatres are different from OTT’s.