Saamanyudu Movie Review: Saamanyudu Movie Starring Vishal in the main lead role has been released grandly in theatres today, i.e on February 4, 2022. This film is telugu dub of Tamil movie Veerame Vaagai Soodum. It released in tamil also on this day. On the First day itself it is getting good response even from critics. Audience say that they liked the Story, Visha’s acting and Yogi Babu’s Comedy a lot. 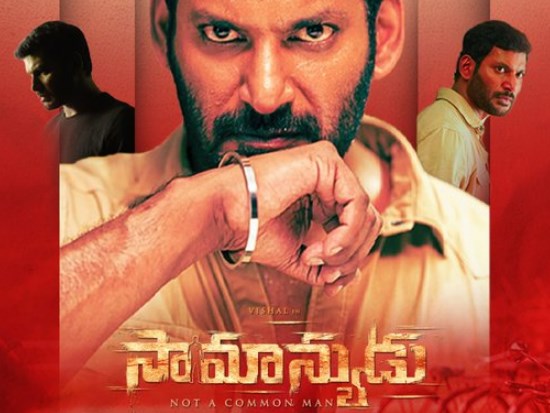 Saamanyudu is a complete Thriller Action Drama. Vishal plays the role of an Aspiring Police officer and Dimple Hayathi as his love interest. Yogi Babu acts as Vishal’s Friend. Vishal tries to solve a murder case which is being investigated by Police. Murderes cleverly tries to escape from these murders. Will Vishal nab Muderer and Caughts him, If yes, then how are going to be interesting part of the movie.

Thu Pa Saravanan has written the story and directed it. Actor Vishal along with playing lead role has bankrolled this Cinema under his own Productions Vishal Film Factory. Dimple Hayathi plays female lead role in this movie. Yogi Babu plays vishal’s friends role. Yuvan Shankar Raja Composed Music while Cinematography was done by Kavin Raj and Editing by N.B Srikanth.

Saamanyudu is a must watchable film. One who likes thriller jonours will really like this movie. Yogi babu’s Comedy will make you laugh a lot. Vishal and Dimple Hayathi’s Chemistry came out very excellent. Vishal once again appears a police officer which is surprise to their fans.