Surabhi 70MM Movie Review: Surabhi 70MM Starring Starring Akshitha Srinivas, Vinod Kumar, Anil Kumar are the lead roles after the Omicron lot films are rescheduled to release it in the theater and this Friday is only for small films, there are a bunch of other movies also released today February 18, 2022, Surabhi 70MM is one among them, and lack of promotions this film didnt take a proper opening, as many people unaware of this movie but whoever watched the movie they gave positive reviews about the story, so let us see how this film turned out to be good. 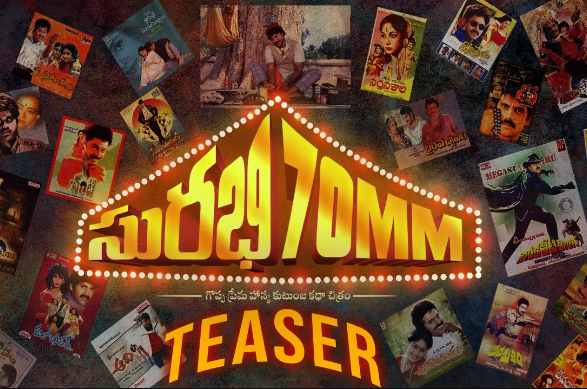 The story is set in Mancherial town in Telangana where Narayana Rao owns a theater called Surabhi 70MM as he didnt maintain the theater over the years but he has an emotional connection with the theater though he is economically not well. However, a political goon tries to own it but Narayana Rao refuses to give, in the proceedings to protect his theater from a political goon, five friends enter into the situation to protect the 30-year-old Surabhi 70MM theater, in order to protest the theater the political goon gives a challenge to them?. Finally, what was the connection of five friends with Narayan Rao? And What was the challenge? It forms the rest of the story.

Surabhi 70MM starts off interestingly with some emotional scenes attached with theater later it turned out to be a bit boring with the overstretched scenes but the movie gets interesting once the five friends enter into the field. overall Surabhi 70MM is an emotional drama that is good to watch with some logics that can be kept aside.