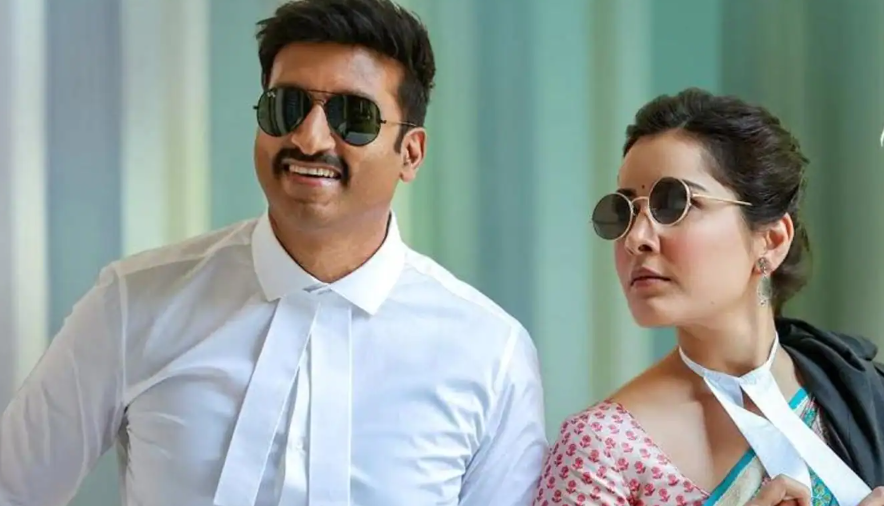 Pakka Commercial starring, Gopichand, Raashi Khanna, Satya Raj, Sapthagiri, Varalaxmi Sarath Kumar, Rao Ramesh, and others, the film was directed by Maruthi, Cinematography has done by Karm Chawla, Music has composed by Jakes Bejoy and the film Produced by Bunny Vass under the banner of UV Creations & GA2 Pictures.

Pakka Commercial  has been doing pretty well at the Box Office its been getting a brilliant response from the audience and the film has collected a solid number on its first day and it was around 5.7 crores and as per the sources the film has done a pre-release business around 23 crores and the right film is doing well but the film needs a lot for the break-even and let’s hope the film does well at the Box Office.