Virata Parvam Movie OTT Release Date: Rana and Sai Pallavi Starrer Virata Parvama’s New Poster was released on the Occasion of Dussehra Festival on 15th October 2021. Many expected about Release updates, But Makers didn’t Confirmed Theatrical release dates or OTT rights of this film till now. Udugula Venu has himself written and helmed this Project. 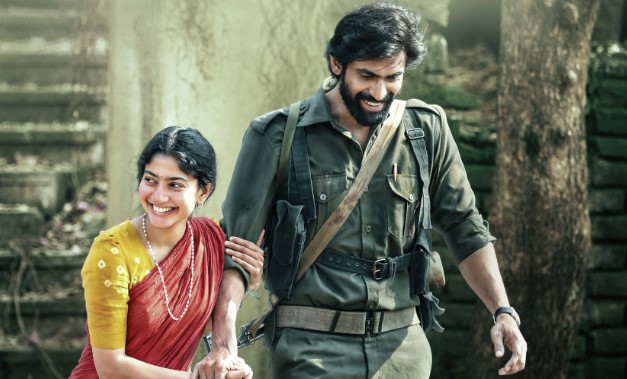 Virata Parvam is an Action Drama. As mentioned in the Official teaser, Story is based on the real incidents happened at time of 1990’s. Plot is about Naxalites and their movement. Rana and Sai Pallavi’s appears as love Partners.

Udugula Venu has himself written and Directed it. Cherukuri Sudhakar Bankrolled it under banner of Suresh Productions and SLV Cinemas. Suresh Bobbili Composed music while Cinematography was done by Dani Salo and Diwakar Mani.

Virata Parvam Movie’s theatrical release date and OTT details aren’t announced by the film makers till now. Earlier Virata parvam was about to release before second wave but got postponed. Still makers didn’t revealed anything out release dates.

Virata Parvam is one of the Most Awaiting Telugu movie in Recent Times. Makers Planned to released this movie just before Pandemic but Postponed it. Roumours also started viralling that it will release directly on Netflix OTT and Directed Venu Striked down all those Rumours and Said that it will release in theatres Only.