Aaradugula Bullet Movie Box Office Collection: Long Waited Movie Starring Macho Man Gopichand has got released in Theatres world wide on 8th October 2021. Analysts are expecting that this movie may bag huge Collections like Recent Seetimaar Movie. Aaradugula Bullet has finally released in theatres after getting Postponed since 2017 because of financial reasons. 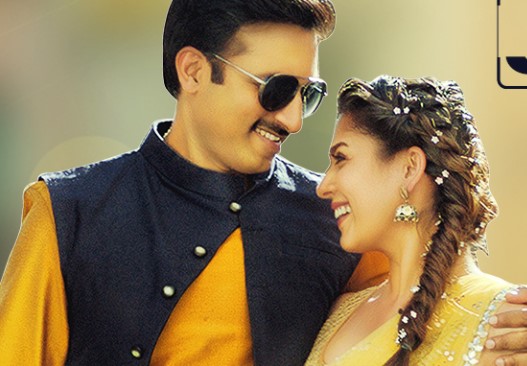 B Gopal directed this Movie while Vakkanthan Vamsi has written the story and Dialogues were Penned by Abburi Ravi. Thandra Ramesh Bankrolled this Project under banner of Jaya Balaji Real Media. Mani Sharma Composed Music while Cinematography was handled by M. Balamurugan.

Story: Aaradugula Bullet is a Family Comedy Drama. Prakash Raj Plays the role of Strict Father and Gopichand as his Naughty Son Jayadev. Nayanathara Plays female lead role as Nandhini. Jayadev is a careless guy who doesn’t care about Career even in his age 30. Things change when his father gets attacked by goons.

Aaradugula Bullet movie is expected to Collect 3 to 4 Crores on the first day. In the first 7 days it would collect around 11 crore as expectations. This movie has been got Postponed for 4 years because of financial reasons. As gopichand’s recent Seetimaar collected Good amount, the same is expecting by this movie makers.

Aaradugula Bullet Movie would collected around 10 to 12 Crores in the First week. Plus Points for Good Collections are, It is a Family Movie and Gopichand’s and Brahmanand’s Comedy going to drag audience to Theatres.

Disclaimer: The above given Statistics are taken from the official sources. But we don’t give any Authenticity to the above numbers. However what are all information we have given is Close to the True and nothing is false.