Sudheer Babu’s Hunt movie OTT Release Date, Cast, OTT platform, Time, Trailer, and many more details can be available in this article. Hunt is going to hit the screens on January 26, 2023. Actor Sudheer Babu’s next Telugu film will be called Hunt, recently makers have unveiled the title poster and This film marks Sudheer’s 16th film and it will be directed by Mahesh Surapaneni, who directed Kathalo Rajakumari (2017) starring Nara Rohit, However, Sudheer Babu’s ROM-COm Aa Ammai Gurinchi  Meeku Cheppali is going to hit the screens on September 16, 2022, However, Hunt is going to be a power-packed action thriller. 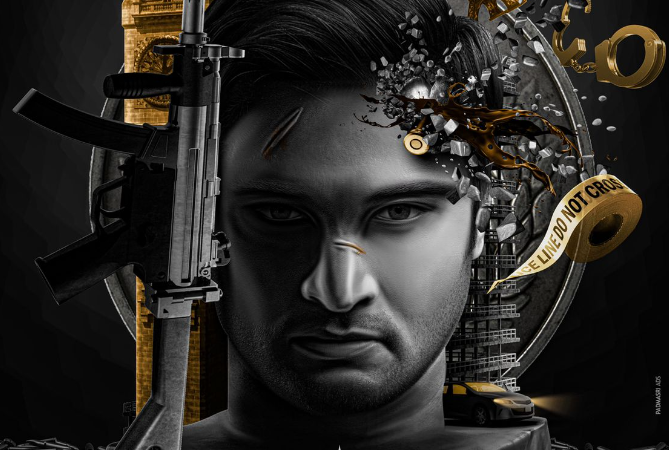 Despite the flops, Sudheer Babu always tries to make unique films and Hunt is one among them as the title looks quite interesting and it grabbed the attention also it seems this film is perfect for Sudheer Babu.

Hunt ott release date has not anounced yet and Hunt is going to be released on January 26, 2023. Hunt’s regular shoot will commence very soon stay tuned to know more interesting updates about the film in the coming days and the Hunt OTT release date will be announced after the theatrical release.

Sudheer Babu sets up a solid pipeline as his films like Aa Ammai Gurinchi Meeku Cheppali is going to hit the screens on September 16, 2022, and another film Mama Mascheendra directed by writer Harshavardhan is about release very soon, However, Hunt is going to be a visual feast for action lovers and to talk about digital rights makers haven’t divulged yet as we can expect all the details after the theatrical release till then stay tuned with us.

Hunt is touted to be an action thriller where Sudheer Babu is playing a monstrous cop. rest of the details will be divulged soon.

Hunt starring, Sudheer Babu as the main lead and Srikanth Meka, and Premishte Bharath are in pivotal roles and also stars Mime Gopi, Kabir Duhan Singh, Monika Reddy, Goparaju Ramana, Manjula, Chitra Shukla, Supoorna Malkar, Sanjay Swaroop, Ravi Varma, and others, the film is directed by Mahesh Surapaneni, while Arul Vincent cranks the camera and Ghibran renders the soundtracks and the film is produced by V Ananda Prasad under the banner of Bhavya Creations.

When is Hunt OTT Release Date and Time?

Not Declared, Hunt movie makers have not yet announced.

Where can we watch Hunt?/ Where Can I see Hunt?

Not Declared, Hunt movie makers have not divulged yet.

Is Hunt hit or flop?

Not Declared, Hunt movie has not been released so we can not say Hit or Flop

Is Hunt Movie available on Netflix?

Is Hunt available on Prime Video?

Is Hunt available on Aha Video?

Is Hunt Movie available on Hotstar?

Hunt is billed as an intense action thriller where  Sudheer Babu is playing a cop role.