Raja Goutham’s Break Out Movie OTT Release Date: Raja Goutham who is known as the son of legendary comedian Bramhanandam, Raja Goutham made a debut with the film called ‘Pallakilo Pelli Kuthuru’ unfortunately he didn’t get a proper breakthrough in his entire career as his last outing was ‘Manu’ which was first crowd funded movie in Telugu sadly it didn’t fare well, However, now he is back with another interesting and intriguing flick called ‘Break Out’, helmed by debutant ‘Subbu Cherukuri’. 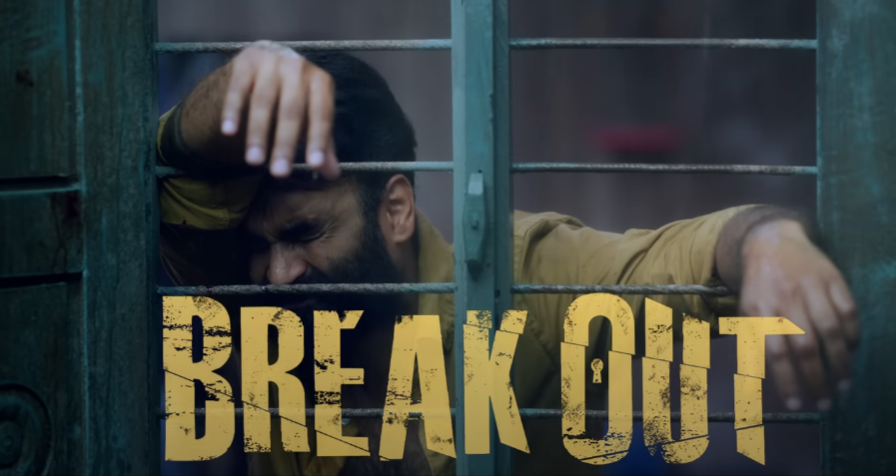 Stylish Star Allu Arjun has launched the trailer and he extended his wishes to the team, However, the trailer looks quite interesting as it looks fresh.

Break Out film deals with ‘Monophobia concept which is called abnormal fear of being alone, however, as we go by the trailer protagonist suffers from Monophobia and incidentally, where the situation comes he has to stay at a place where there was no other person near and there, twist arises in the tale when accidentally locks the door, finally, how did he deal with his phobia? and how did he get out is forms rest of the story.

Raja Goutham plays the main lead and  Ananda Chakrapani, G.Bala, Kireeti Damaraju, Chitram Seenu, Ramana Bhargav, and Others are in pivotal roles, the film is directed by Subbu Cherukuri, while the cinematography has done by Mohan Chary, music has composed by M.S Jones Rupert and the film produced by Anil Moduga under the banner of Anil Moduga films.

Through Break Out movie Raja Gouthm should definitely need success and the trailer raised the expectations for sure, let’s hope he will get a breakthrough, However, makers haven’t divulged the details of digital rights as we can expect all the details once Break Out makers announce the theatrical release date, till, then stay tuned with us.

Raja Goutham experimented a lot with his films like ‘Manu’ is the biggest example, but he never lose hope, and kudos to his guts to come up with another intriguing survival thriller, However, makers haven’t announced the OTT release date as we can expect all the details after theatrical, till then stay tuned with us.

When is Break Out OTT Release Date and Time?

Not Declared, Break Out movie makers have not yet announced.

Where can we watch Break Out?/ Where Can I see Break Out?

Theatres, Break Out will hit the screens very soon.

Who bought Break Out OTT Rights?

Not Declared, Break Out movie makers have not divulged yet.

Is Break Out hit or flop?

Not Declared, Break Out movie has not been released so we can not say Hit or Flop

Is Break Out Movie available on Netflix?

Is Break Out available on Prime Video?

Is Break Out available on Aha Video?

Is Break Out Movie available on Hotstar?

Break Out is billed as an intense survival thriller and the film will hit the screens very soon.