Shortest Tollywood Actors: One of the things that every fan look at hero is his height. Height also decides the heros’ caliber. The more height the hero is, the more appeal that he throws. Despite good looking and attractive body, if he is not of considerable height, then his would be his setback. There are several heroes in Telugu who manage to work in films covering their height.  Let’s see who is the shortest in the Telugu film industry. 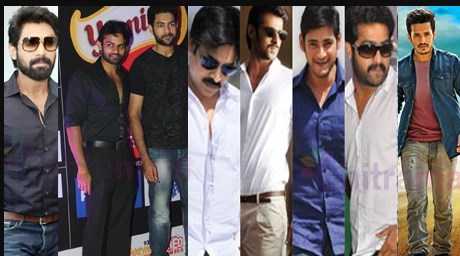 Though heights appeal good, actors talent and action determine his prowess in movies. Therefore, height is not a big deal to act in movies.

Below is the list of shortest actors in the Telugu film industry.

Jr NTR and Allu Arjun are the shortest actors in Tollywood.