Psycho Varma Movie Review: Renowed Producer Natti kumar’s Son Natti Kranthi Starrrer Psycho Varma movie has released grandly in theatres today on January 21, 2022. It is getting good response form both viewers and Critics as well. Natti Kranthi played the role of Software Engineer who is Psychopath. Though its a routine concept, Makers presented it very well. Lets know more about this film. 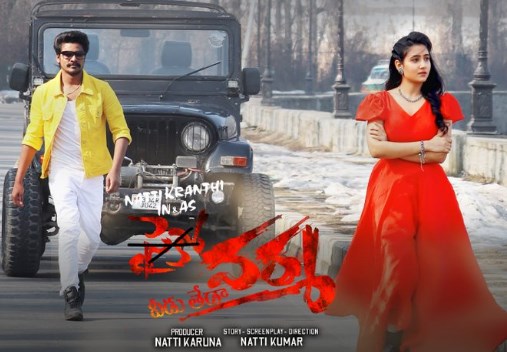 Psycho Varma is an Thriller Drama. Natti Kranthi plays the role of Software Engineer Varma. He fells in love with Girl Collegue who’s role was played by Supurna Malakar. Both love each other But Varma kills her and since then He starts killing Beautifull ladies and stamps a love symbol on the dead persons hand.

Police starts searching for Varma but he cleverly escapes. But the last part of the movie was very interesting and Thrilling. Chamak Chandra comedy will be one of highlight in this movie.

Navi Shankar Composed Music while Cinematography was handled by R. Janardhan Naidu and Editing by Gautham Raju. Psycho Varma is a Film of Natti’s Family. Natti Kumar is director and his son Natti Kranthi is the main lead actor and Daughter Natti Karuna is Producer.

Psycho Varma is a Crime Thriller and so its a Youth Entertainer and can’t be watched with families. Natti Kranthi very well acted in this film. A slight changes in dialogues would make the film come out more good.