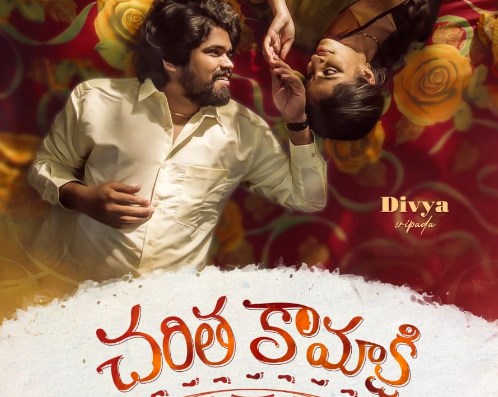 Charitha Kaamakshi is a Complete Romantic Drama. Story is about a Newly married couple and romance between them. Chiru Bidiyam lyrical video is getting good response on youtube. Actress Sripada expressions are going to be highlight in this movie.

Gnaneshwar Devarapaga and Shiva Shankar Chithakinhi has written the Story and Screenplay. Sthreelanka Chandu Saayi has directed this movie. and this is his first movie in his filmography. Abu Composing music while Cinematography was handled by Rocky Vanamali and Editing by Kodati Pavan Kalyan.

Charitha Kaamakshi movie’s lyrical songs like “Chiru Bidiyam” getting good response from viewers. This film expected to release by Mid 2022 in big screens. OTT Release date can be expected by July 2022.