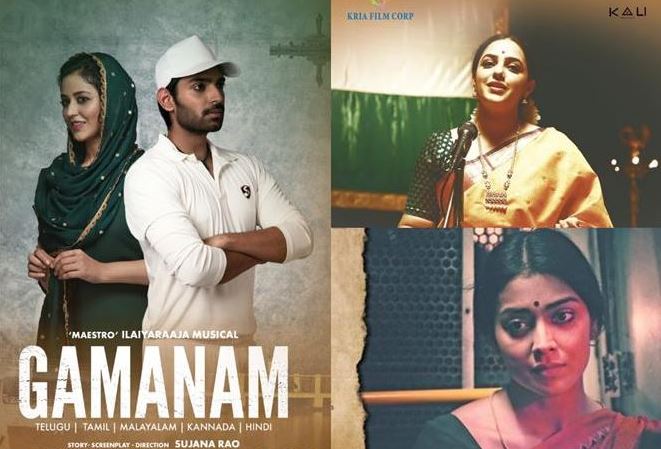 Directed by newcomer Sujana Rao, the film is titled ‘Gamanam’ and it is to be released in Telugu, Tamil, Kannada, Malayalam, and Hindi languages. Shriya looks dejected in the first look poster. Maestro Ilayaraja providing the music is the main highlight of the movie. Gnana Shekar V.S in association with Ramesh Karutoori and Venki Pushadapu is producing the film and its post-production works are underway. The team is planning to release it on OTT.

Gamanam is not a regular commercial film and it is a real life drama with a different concept. The title and the poster gives an impression that, the film is going to be a matured family entertainer. Lady director Sujana Rao is helming the female-centric film, while Ilayaraja scores music. Gamanam’s shooting part is already wrapped up and presently post-production works are happening.

The film was scheduled to have a Digital release very soon. As always, we will keep you updated on the future of Gamanam movie and the official release date for the movie if anything changes.