ATM Review: Amid big films Telugu ace producer Dil Raju entered into the OTT space with this series called ‘ATM’ in association with the leading OTT platform Zee5. This ATM series has some interesting things that grabbed the attention of the audience, Telugu ace director Harish Shankar has penned the story and Radha movie fame C. Chandra Mohan helmed the series and Bigg Boss fame VJ Sunny debuted with this series. However, the ATM series has created some buzz with its trailer, and now the series premiered in Zee5, so let us get into the in-depth review and find out whether this series is worth watching or not. 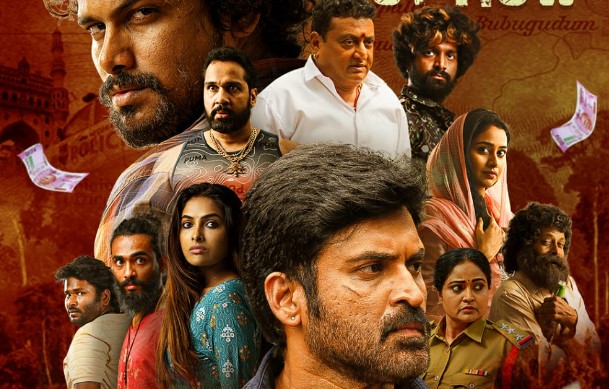 ATM story revolves around four childhood friends born and brought up in a slum while growing they knew the importance of money and once they grow up the leader of their gang Jagan(VJ Sunny) decided to rob the ATMs to lead a rich life. Everything went smoothly for a few days but one robbery makes them the most wanted thieves. Finally, how will they get out of this maze? who rob the 25 crores? will they get the redemption that needs to see in the series?

ATM stars, VJ Sunny, Subbaraju, Prudhvi, Divi, Krishna Burugula, Ravi Raja, Divya Vani, Shafi, and others, and this series has written by Harish Shankar, C Chandra Mohan is the director, Prashant R. Vihari is the music composer, Monic Kumar G is the cinematographer and this series has produced by Dil Raju under the banner of Dil Raju Productions and backed by Zee5.

ATM series has a captivating plot that is relatable to everyone, and this series starts off interestingly with a robbery scene it then dives into the essential character’s establishment. The first 2 episodes have nothing much to make you thrilled but once these 4 guys are involved in the robbery in the third episode and from then on the racy screenplay keeps us invested in the series.

Though it has enough thrilling moments in every episode the narrative falls flat intermittently but the cliffhangers of each episode make us curious to watch the next episode. The investigation part could have been much better as it became much more predictable, however, the series has enough twists in the last two episodes. Though the series has some flaws as well as Jagan’s love track has nothing to do with the story and his friend’s emotional angle didn’t work out.

Talking about performances, VJ Sunny as Jagan did a decent job, as a slum guy his makeover and his body language made the character look even more realistic and raw but he could have better in emotional scenes, Subbaraju as Hegde done a brilliant job as cool cop his dialogue delivery and body languages quite well and Prudhvi as greedy politician Gajendra did his part well, and the rest of the cast did well as per the story requires.

Technically, ATM looks good as Monic Kumar G’s cinematography is the plus point for the series, he makes us involved in the story with his lighting and raw premise, Prashanth R Vihar has done a brilliant job by giving a solid background score and rest of the technical team did their best.

For the first time, Telugu ace director Harish Shankar S has written this story, he is not just focused on a robbery, it has many points which talk about money, greed, and poverty, and Radha movie fame C Chandra Mohan succeeded in presenting all those points in an engaging manner. Though his narrative is a bit flat in the middle of the series, although he manages to engage us with twists and comedy,

Overall, the ATM web series is well-made series in recent times in Telugu