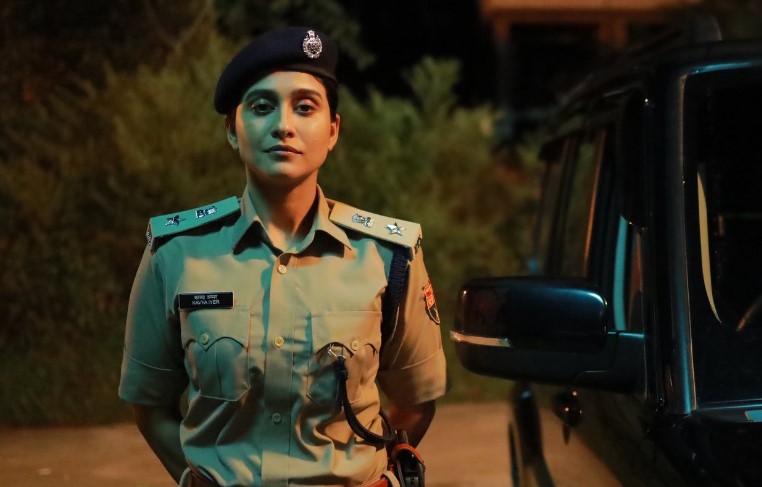 Reggina Cassandra is pretty much known in Bollywood as she seems super excited about this series and she said that feeling proud and happy to be part of this series and playing a cop role in the series. Zee5’s chief business officer Manish Kalra said that they are trying to bring content that should be universal and Jaanbaaz Hindustan Ke is one such series that will connect to all sections of viewers.

Jaanbaaz Hindustan Ke is touted to be an action and emotional series as the series mainly focuses on the journey of an IPS officer Kavya played by Regina Casandra. The series will showcase the unsung heroes who are serves the nation and put their lives at risk. Jaanbaaz Hindustan Ke will is a series that has all the elements. However, Zee5 hasn’t revealed the story yet as once they have released the official synopsis we will upload it here.

Regina Casandra plays the lead role and there are some notable actors are part of the series, Sumeet Vyas, Barun Sobti, Mita Vashisht, Chandan Roy, Gayathri Shanker, Deepika Amin Sandeep Dhabale, and many more actors will be part of the series and very soon makers will anounce the details and the series is directed by Srijit Mukerji and backed by Zee5. However, the Cinematography, music director, and editor details are not available right now, but soon Jaanbaaz Hindustan Ke makers will reveal and we will update you.

Jaanbaaz Hindustan Ke is under post-production and soon the series will finish its post-production work and then we can expect the release date. However, the series was shot in Meghalaya and makers have said that the beautiful location of Meghalaya brought a unique look to the series. We have seen some films and series shot in Meghalaya but this Jaanbaaz Hindustan Ke series is going to be the best because as the story demands the entire series will happen in Meghalaya gives a unique feeling while watching the series. However, Regina Cassandra seems super excited about the character of the IPS officer and she said that it will be a proud moment that she is wearing a Khaki. Well, the series is expected to hit the OTT space on January 26, 2023.

Regina Cassandra started her career in 2005 with a Tamil film called ‘Kandanaal Mudai’ and it has been almost 17 years she is been in the industry and she was one of the leading heroines in Tollywood but now she is been doing many films and web series across the languages. She has done two films in 2022 Chiranjeevi’s Acharya which she did a song and Saakini Daakini along with Nivethe Thomas but both failed at the box office.

However, she basked the success with a web series called ‘Rocket Boys’ which was released on Sonyliv, Fingertip season 2, Aha Video’s Anya’s Tutorial, and another Hindi series called ‘Shoorveer’. Apart from this Jaanbaaz Hindustan Ke series, she is been a part of Shahid Kapoor and Raj and DK’s series Farzi which will be released soon on Amazon Prime Video.

Srijit Mukerji is known for films like ‘Sherdil: The Piibhit Saga and Taapsee’s Shabhash Mithu which was made based on the life of a cricketer ‘Mithali  Raj’. his films will be released in 2023. He did series like Netflix’s ‘Ray’ and now Jaanbaaz Hindustan Ke.

Talking about the Jaanbaaz Hindustan Ke series OTT release date as the series is expected to hit the OTT space in January 2023 buy they haven’t anounced a precise date.

Jaanbaaz Hindustan Ke series makers haven’t announced the trailer yet but they have dropped the teaser and you can have a look here.

When is Jaanbaaz Hindustan Ke OTT Release Date and Time?

Not Declared, Jaanbaaz Hindustan Ke has not been released so we can not say Hit or Flop

No, Jaanbaaz Hindustan Ke is not available for streaming on the Netflix OTT platform form.