Sindhooram Telugu Movie OTT Release Date: Telugu film industry has seen an exponential growth in the number of movies releasing every year after some blockbuster hits that were praised in every language and recognized in other countries as well. Now some new comers are trying to establish themselves in the industry with low budget films. 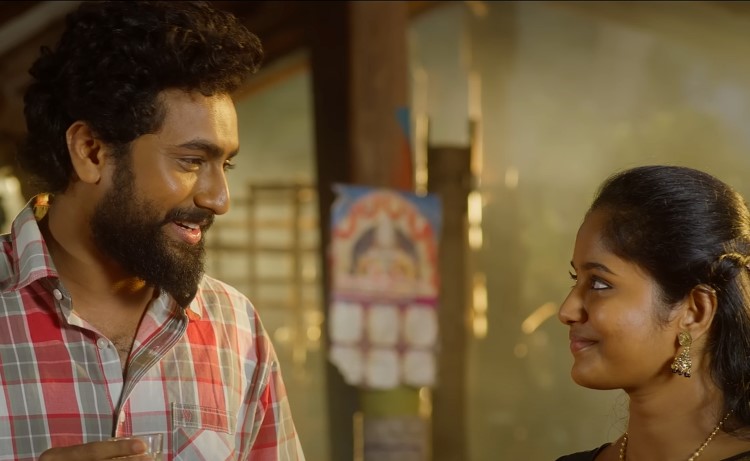 Many new comers have proved their worth by making some entertaining movies and some other by making some thought provoking movies. There are very few directors who choose new subjects that has intensity in the plot to maker their debut. One such film to be released in Telugu very soon is ‘Sindhooram’ directed by the debutant director Shyam Tummalapalli.

Sindhooram movie makers haven’t revealed anything about the plot of the movie. From the teaser of this movie that has released recently, it looks like an intense action drama setup in the backdrop of Maoists. Looking at teaser, movie story revolves around a youngster who falls in love with a girl from higher caster and has been tortured for the same reason. Tired of those atrocities he decides to leave the village and unknowingly lands in forest to meet the rebels.

Sindhooram movie stars Dharma and Brigida Saga in the leading roles, while Siva Balaji, Naga Mahesh, Ravi Varma are playing other prominent roles in the movie. We will update the details of more cast involved in this movie, after any confirmation from the movie team in any media interaction or any announcement on the social media.

Sindhooram movie is directed by Shyam Tummalapalli and produced by Praveen Reddy Janga on Sri Lakshmi Narasimha Movie Makers banner. Story of this movie is provided by Kishore Sri Krishna, while music of this movie is composed by Gowra Hari. Cinematography is handled by Kesav and editing of this movie is taken care by Jesvin Prabu. Aare Madhu Babu is head of the art direction.

Brigida Saga is an upcoming actress in Tamil film industry, she appeared in few uncredited roles on Tamil films like ‘Master’ starring Thalapathy Vijay in the leading role. She also appeared in Vishal starrer ‘Ayogya’, which is an official remake of Telugu superhit film ‘Temper’. Her most recent appearance is in the movie ‘Iravin Nizhal’ as Chilakamma a Telugu girl who falls in love with a Tamil guy. ‘Sindhooram’ is her debut Telugu movie in the lead role and let us wish her all success in Telugu as well.

Siva Balaji has been working as an actor in Telugu film industry since 2003 and he is married to his co-actor Madhumitha. He debuted in Telugu with the movie ‘Idi Maa Ashokgadi Love Story’ under the direction of renowned Suresh Krishna. Later he appeared as a lead actor in many movies like ‘Dosth’, ‘Kumkuma’ and few other movies.

Siva Balaji also appeared in some prominent roles in the movies like ‘Ela Cheppanu’, ‘Arya’ and ‘Sankranti’. He later made his debut in Tamil industry with the movie ‘Englishkaran’ which also stars his wife Madhumitha in a prominent role. As of now makers haven’t revealed any information about the satellite and digital rights of the movie yet. We will update the information as soon as makers make any announcement about the same in any media interaction.

Other lead actor Dharma is making his debut with this movie. He looks very confident from the teaser that got released recently and hope he will be able to entertain Telugu audience with his performance to grab more opportunities as a lead actor in Telugu. From the teaser released, he is seen in the role of a villager with rugged look.

Actor Siva Balaji who is playing another important role from the movie is big fan of actor power star Pawan Kalyan and also appeared in the first season of the most loved reality show in Telugu ‘Bigg Boss’. He is announced as the winner of Bigg Boss Telugu season 1 and loved by audience for his straightforwardness in every aspect. Sindhooram movie team are yet to make an announcement on the theatrical release date of this movie. OTT release date of this movie will be announced the makers only after the theatrical release. So, we need to wait for an official announcement.

Sindhooram trailer is yet to release. Teaser of this movie has been made public on YouTube recently and looks very intense with the backdrop of Naxalites setup in some village. You can have a look on the teaser of this movie below.

When is Sindhooram OTT Release Date and Time?

Not Declared, Sindhooram movie makers have not yet announced.

Theatres, Sindhooram will hit the screens in 2023. Official theatrical release date of this movie is yet to be announced by the makers.

Not Declared, Sindhooram movie makers have not divulged yet.

Is Sindhooram hit or flop?

Not Declared, Sindhooram movie has not been released so we can not say Hit or Flop

Is Sindhooram Movie available on Netflix?

Is Sindhooram available on Prime Video?

Is Sindhooram available on Aha Video?

Is Sindhooram Movie available on Hotstar?

Sindhooram will make the audience to witness the vintage style of cinema making in the backdrop of Naxalites. ‘Sindhooram’ title might be an inspiration from the movie with the same title released in the year 1997 under the direction of Krishna Vamshi, which has a similar plot line of some youngsters from the village joining the rebels after going through many atrocities in the village.