Bujji Ila Raa Movie Review: Dhanraj, who became famous with reality show ‘Jabardasth’ is playing lead role in movie titled ‘Bujji Ila Raa’. Comedian Sunil is playing other important role in this crime thriller film. Movie has released in theatres today September 02, 2022 in theatres without proper promotions or hype. Let us get into the detailed review of this movie, to know if this movie reached the minimum expectations and if this movie can be watched in theatres. 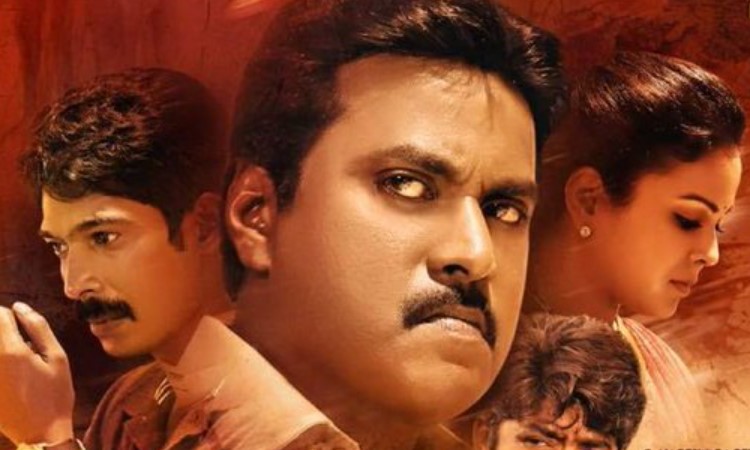 In the city of Warangal, children missing cases keep increasing and all this missing kids are found dead after few days, with any of their body parts missing. CI Keshav Naidu starts investigating the case and gets no clue of the murderers. Mohammad Khayyum finds out that children are kidnapped by a gang first and then they are murdered by another gang later. Khayyum, who is also a police officer suspects Keshav Naidu, based on his childhood mental issues.

Bujji Ila Raa movie cast includes Sunil, Chandini Tamilarasan, Dhanraj, Posani Krishna Murali, Srikanth Iyyengar, Satyakrishna, Temper Vamsi, Venu, and Bhupal. Movie is directed by ‘Garudavega’ Anji and produced by Nagi Reddy on SNS Creations LLP banner. Music of this movie is composed by Sai Kartheek and cinematography is handled by the director himself. Chota K Prasad is the editor of this movie.

Bujji Ila Ra movie has interesting premise but the lazy making of the film makes it boring to watch on screen. Investigation process in the movie looks very artificial and we see unnecessary scenes both in the first and later half of the movie. Though the movie is just 2 hour long and has some moments to watch, the screenplay that is predictable and the scenes that has artificial setup makes this movie very uninteresting.

While it comes to acting, comedian Dhanraj playing the role of a cop might not connect with the audience, though he did part well. Actor Sunil was seen in similar roles earlier and has nothing new to perform as an actor. Chandini Tamilarasan is okay in the role offered to her. Srikanth Iyyengar impresses in few scenes and over emotes in other scenes. All other actors did their part as required for the proceedings.

Technically Bujji Ila ra is unimpressive. Music and background music composed by Sai Kartheek is not up to the mark. Cinematography handled by director ‘Garudavega’ Anji is very poor and shots look very old with unnecessary lighting in the background & over saturated colors on screen. According to the sources, this movie is made on a budget of almost 8 crores and production values are not up to the budget allocated.

Director Anji, who was cinematographer by profession failed to execute the thriller and his inexperience can be clearly observed in the making.

Overall, Bujji Ila Raa is an outdated thriller movie that is interesting to watch for only few scenes.