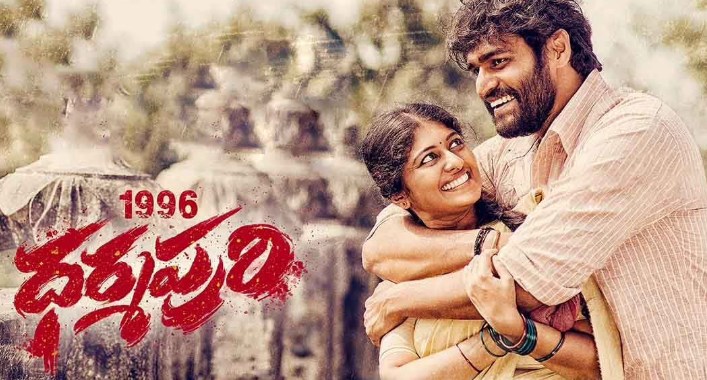 1996 Dharmapuri starring Gagan Vihari, Aparna Devi, Naga Mahesh, Shankar Kalyan, Janardhan, and others. the film was directed by Jagath, the cinematography was done by Krishna Prasad, the Music was composed by Osho Venkat and the film was produced by Bhaskar Yadav Dasari.

1996 Dharmapuri has been doing well at the Box Office and the film’s opening was quite impressive, though the film is a small yet it collected on its first day around 0.50 crores, which was quite an impressive collection for a small film. as per the sources the films pre-release business has done around 3. 65 crores, which was brilliant pre-release business so far. however, the film should collect more for the break-even and the film has still 1 week to collect, let’s hope the film does well at the Box Office in the coming days.