Pushpa Movie Review & Ratings: Allu Arjuns’ latest action-thriller Pushpa is released with huge expectations on December 17, 2021, theatrically in all major Indian languages like Tamil, Telugu, Kannada, Malayalam, and Hindi.  The film has done its premiere show before it was released on December 17, 2021. As per the reports, the film has managed to collect over 150 crores even before the film hit the theatres. 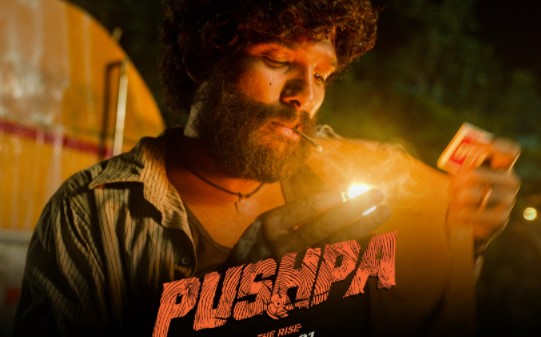 Pushpa: The Rise is all about red sanders being smuggled in the arena of the Seshachalam forest agency and Nallamalla forest areas. The Pusparaj role played by Allu Arjun smuggles red sanders and sells them in secrecy. How did he evade cops to sell red sanders is the crux of the film.

As per the report, its pre-release business has been around 160 crores in all languages. If it goes well like this, then it’s going to emerge as a superhit film in Allu Arjuns’ career. Allu Arjuns’ last movie Ala Vaikunthapuramuloo has done well at the box office and the premiere show has fetched more than what the filmmaker has expected.

Allu Arjun who appeared quite rustic in this film has acted brilliantly. It’s like never before the movie in his film career. It’s the third film for Allu Arjun to work under Sukumar’s direction after Arya, Araya2 movies. Pushpa movie is a super hit and it’s worthy to watch with the whole family.