Wanted PanduGod Movie Review: All the Television stars like Sudheer, Deepika Pillai, and Vishnu Priya are under one roof with the film called Wanted PanduGod just because of Raghavendra Rao, the film was made under his supervision, however, the film has generated good buzz with the Ragavendra Rao mark songs and comedy, having huge cast the film has finally released in the theaters today August 19, 2022, well without any delay lets go through the review and find out whether the film worth watch our time. 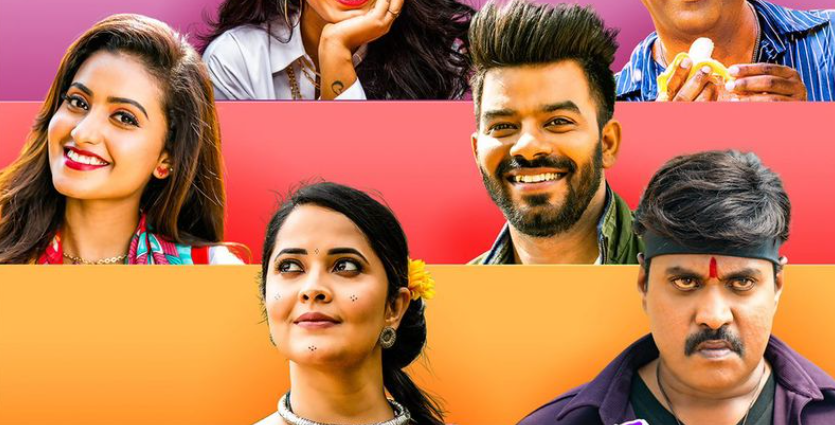 Wanted PanduGod narrated the story of a guy called Pandu(Sunil) who escapes from jail and the police department announced the reward of 1 crore for who catches him, then few groups get to know about the reward and starts searching for Pandu and Su(Sudheer) and D(Deepika Pillai) works as reports their duty is to update all these dramas, finally, who catches Pandu forms rest of the story.

Non-Sinc comedy, confusion drama all these aspects work in Jabardast but when it comes to the big screen all we need is the tight and engaging story this Wanted PanduGod seems like an extended version of TV skits anywhere throughout the movie we didn’t feel like we are watching a film, not even single moment makes you engage and of course, the film will definitely engage those who love small screens skits, if we go with this point there many moments that will make you laugh.

while watching Wanted PanduGod it reminds few Bollywood movies like Dhamaal and Golmaal but those are long back movies worked out with non-sinc comedy but in today’s it won’t work and all the actors are pretty famous in Television Industry all are surrendered to Ragavendra Rao which is good but he went with his mark of making but it looks quite an uncomfortable while watching romantic songs because we have seen him capturing the beauty of brilliant actors.

All the actors Sunil, Anasuya, Sudheer, Saptagiri, Srinivas Reddy, Vennela Kishore, and heroines Vishnu Priya, and Deepika Pillai all did their best with their respective characters, and the rest of the cast did well.

Sreedhar Seepana is a writer by himself but he failed in hooked the audience throughout the movie, we see in most of the scenes Ragavendra Rao than him.

Technically, Wanted PanduGod is average as Mahi Reddy Pandugula’s over-saturated visuals make you disconnect with the film and P.r gave lackluster songs and background score, and the rest of the technical departments did their best as per the film requirements.

Finally, Wanted PanduGod is a routine comedy-drama that can be watched only by TV skits lovers.