Waltair Veerayya Movie OTT Release Date: Despite the flop of Acharya, Chiranjeevi never step back from doing films with young directors, However, after Koratala Siva now it’s Bobby’s turn as we know ever since the movie was launched tentatively titled referred as a Mega 154 but now makers have unveiled the title teaser on the occasion of Diwali and the title is ‘Waltair Veerayya’ the teaser serves an explosive introduction and definitely the teaser reminds the vintage Chiranjeevi, especially his iconic look of Muta Mestri. 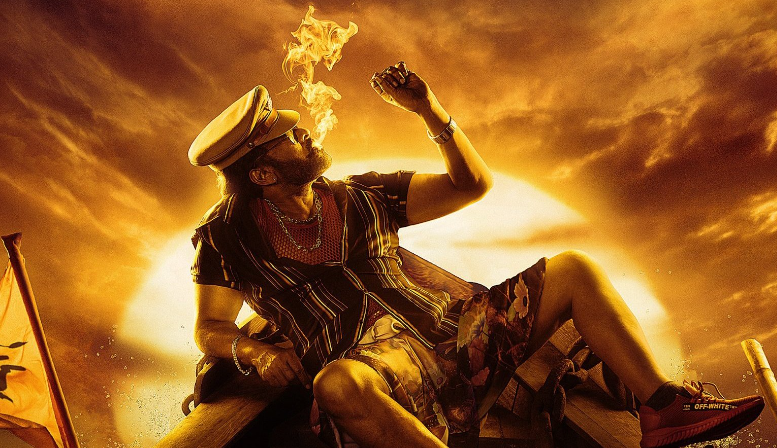 The expectations got twofold after the teaser, after watching vintage Chiranjeevi fans and moviegoers have been waiting to see him on screens and the film will hit the screens on Sankranthi 2023, However, Sankranthi 2023 is going to be a big clash with big films like Adipurush, Veera Simha Reddy, Varasudu and many more.

Makers haven’t divulged what the story is about but as we go by the posters Chiranjeevi is playing a titular role and he will be seen as a fisherman.

Chiranjeevi, Ravi Teja, Shruti Haasan, Catherine Tresa, and others, and the film is directed by K.Ravinder(Bobby), while the cinematography has done by Arthur A Wilson, the Music has composed by Devi Sri Prasad and the film Produced by Naveen Yerneni and Y Ravi Shankar under the banner of Mythri Movie Makers.

The film has a stellar cast as Mass Maha Raja Raviteja plays a cameo in the film as Chiranjeevi’s comic timing and Ravi Teja’s comic timing will be a visual feast at the theaters. However, currently, the film is under production in Vizag.

Shruthi Haasan has been doing pretty well in Telugu as she is been a part of big films like Salaar, Veera Simha Reddy, and this film, Hope all these projects will help in her career. Waltair Veerayya is a tailor-made role for Chiranjeevi as we can clearly see in the posters and Director Bobby stated that his ultimate aim is to bring the vintage Chiranjeevi to the screens and the teaser is just a sample, However, Waltair Veerayya is going to be a visual feast for fans and cinephiles as well.

Well, Waltair Veerayya makers haven’t divulged who acquired the digital rights as per the sources leading OTT platforms have been competing to acquire, however, we will update once we get the official confirmation.

Apart from Waltair Veerayya, Chiranjeevi has a solid lineup like Bhola Shankar is also under production and has many untitled films, However, the film is going to hit the screens on Sankranthi 2023, well as of now makers haven’t announced the OTT release date as we can expect all the details after the theatrical release, till then stay tuned with us.

Waltair Veerayya railer has not been released by the makers but they dropped the teaser you can have a look here.

When is Waltair Veerayya OTT Release Date and Time?

Not Declared, Waltair Veerayya movie makers have not yet announced.

Not Declared, Waltair Veerayya movie makers have not divulged yet.

Is Waltair Veerayya hit or flop?

Not Declared, Waltair Veerayya movie has not been released so we can not say Hit or Flop

Waltair Veerayya is billed as an action entertainer that is going to show the Vintage Chiranjeevi.