Veera Simha Reddy Review: God of Mass Balakrishna basked in the blockbuster with Boyapati’s Akhanda and now he is coming up with another action flick called Veera Simha Reddy. The film’s songs and the trailer has raised expectations and Balakrishna looks even more stylish than before, especially his faction leader look is just speechless. However, carrying with the humongous expectation the film has been released today and without any delay, let’s get into the in-depth review and find out whether the film is worth watching or not. 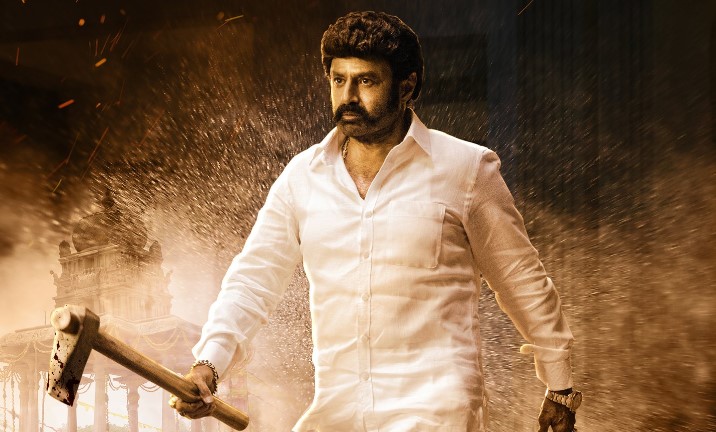 Balakrishna is known for action films with his trademark dialogues, he doesn’t need a story at all, his mark dialogues, never before action enough to film become a blockbuster, and his last outing Akhanda has proved that. Coming to Veera Simha Reddy, the film has nothing new to offer with the plot. It reminds us of all his previous films and the narrative is too outdated and follows the template screenplay of many commercial films. The first half is packed with all the commercial elements that might satisfy his fans with high-octane action, dialogues, and songs, though the narration gets boring Balakrishna and Thaman’s music keeps us invested in the first half.

The second half falls into a trap as the proceedings follow a regular template style which the audience is very familiar with it. Be it regular plot, be it routine narration, only Balakrishna makes us sit for about 2 and a half hours. Despite the flaws, Veera Simha Reddy gives us a brilliant theatrical experience for sure, especially for Balakrishna fans. The emotional part of the film partly lands well in the screenplay and the climax is not up to the mark.

Talking about the performances, Balakrishna’s one-man show for sure and he shoulders the film with his swag. His old getup suits him and good to see him on screen, but the younger one’s makeup looks quite awkward on the screen, but his energy is just fireworks. Shruthi Hasan has no scope to perform but she impressed with her energetic dances, and Kannada actor Duniya Vijay has done a decent job, and the rest of the cast like Varalaxmi Sarathkumar, Naveen Chandra and others did their best as per the story requires.

Technically, Veera Simha Reddy looks brilliant Mythri Movie Makers didn’t compromise in making a good product and Rishi Punjabi’s cinematography made the film look even richer and the second hero of the film is Thaman S, be it songs or be it background he just killed it, literally in every scene he elevated with his background score and rest of the technical team did well.

Gopichand Malineni basked the success with Raviteja’s Krack, and now with Veera Simha Reddy he has done party well with the film, though his story is not impressive, he succeeded in presenting Balakrishna mark’s film.

Overall, Veera Simha Reddy is a one-man show, and that can be watchable only by Balakrishna fans and action lovers.