Hatya Movie OTT Release Date: Vijay Antony coming up with a new movie to entertain the audience with his unique films the film will be released in multiple languages and the Telugu title called Hatya and alongside in Tamil called Kolai. makers have released the title poster and the title looks intense. Vijay Antony always tries to give new experiences to the audience and this time also he seems super confident as he shared his title launch poster through his Instagram handle. 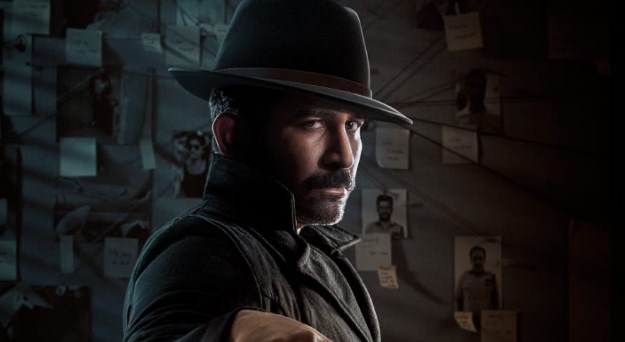 In the murder mystery Hatya, played by Ritika Singh and Vijay Antony, a well-known model is found dead in her apartment, and five of her friends are immediately implicated. The honest police officer Sandhya begins an inquiry, but she needs the assistance of investigator Vianyak to solve the crime.

Hatya Starring Vijay Antony and Ritika Singh are the main leads and Radhika Sartahkumar, Murali Sharma, Jhon Vijay, Arjun Chidambaram and others in prominent roles and the film is directed by Balaji Kumar and music composed by Girish Gopalakrishnan and the film produced by Kamal Bohara and Lalitah Dananjayan, Pankaj Bohara and Vikram Kumar under the banner of Infinity Film Ventures in Association with Lotus Pictures.

Vijay Antony is known for his unique films not only in Tamil, but he also has a great following in Telugu states right from the Nakili Movie and after Bichhagardu his following drastically increased, now again he is coming up with something interesting flick.

Hatya movie will be released in the theaters after the theatrical release makers will announce the precise OTT release date, till then stay tuned with us we will update once we get the official confirmation.

When is the Hatya OTT Release Date and Time?

Not yet been announced

theaters, Hatya will be released by the end of 2022

Is Hatya hit or flop?

Not yet released, we can not say Hit or Flop

Is Hatya available on Netflix?

Is Hatya available in Prime Video?

Is Hatya available in Aha Video?

Is Hatya available in Hotstar?

No, Not Available in Hotstar

The detective and investigation thriller Hatya is now in production and is scheduled for release by the end of 2022.