Urvasivo Rakshasivo Movie Review: Allu Sirish started off his career with a small film called Gauravam, later also he did films that suited him, but somehow he didn’t gets success as well as he didn’t get flop as well, all the films were fared as average, Despite the results, he is back with another interesting flick called Uravasivo Rakshasivo which is touted to be love story made with a new point. However, the film’s trailer raised expectations, and once Balakrishna graced the pre-release event the expectations got twofold finally the film arrived today November 04, 2022, without any delay let’s delve into the in-depth review and find out whether the film is worth watching or not. 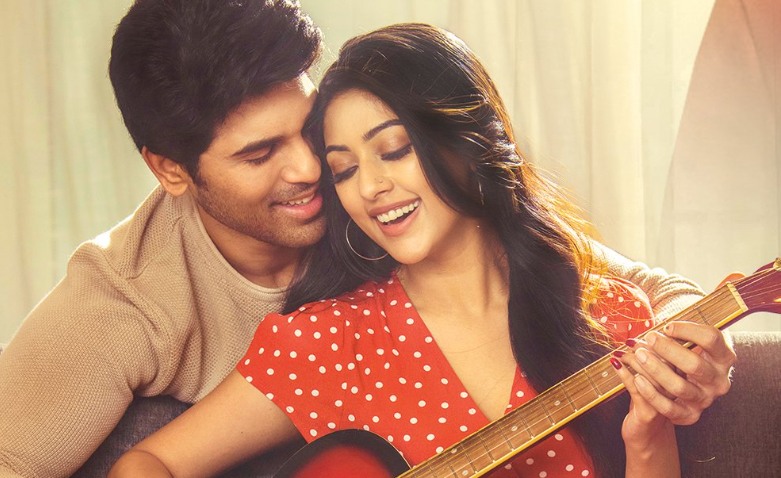 Sri Kumar(Allu Sirish) is an introverted and innocent guy who works as an IT guy fell love with an extrovert, career-oriented girl called Sinduja(Anu Emanuel) as time goes on the story takes a different turn when Sinduja reveals she doesn’t need any love and she need only physical relation, Finally, how two distinctive mindsets cope with conflict is forms rest of the story.

Urvasivo Rakshasivo cast includes Allu Sirish, Anu Emmanuel, Sunil, Aamani, Vennela Kishore, and others. This movie is directed by Rakesh Sashi and produced by Dheeraj Mogilineni & M Vijay on GA2 pictures banner in association with Shri Tirumala production Pvt ltd. The music of this movie is composed by Achu Rajamani and the cinematography is handled by Tanveer Mir.

The film gets into the actual story immediately by introducing the Hero and Heroine characters, though the pace of the first half tests the patience but the right amount of comedy holds the audience’s interest in the first half, and hero and heroine intimacy scenes grab some section of the audience for sure. However, the film has fresh point in a way which is quite a contemporary point in today’s generation as there was a time when Men are who takes relationships very lite and Women were the victims but now Men become weak and women have the upper hand and the film honestly sticks to the point and made it in an engaging way.

Allu Sirish as Sri Kumar has done a good job as he improved as an actor with this film and as an innocent guy he pulled it off quite well, Anu Emmanuel as Sinduja did a good job her character is not just for glamour but her character has many layers and she pulled it quit well and Vennela Kishore, Sunil, Amani all are did well.

Though the story has a few flaws Rakesh Sashi dealt with the film so well by presenting the right amount of drama and comedy but he failed in bringing the emotions.

Technically, Urvasivo Rakshasivo is top notch as Tanveer Mir’s cinematography is good he shot the film as the film requires and Achu Rajamani’s few songs well and background could have been much better and the rest of the technical team did their best.