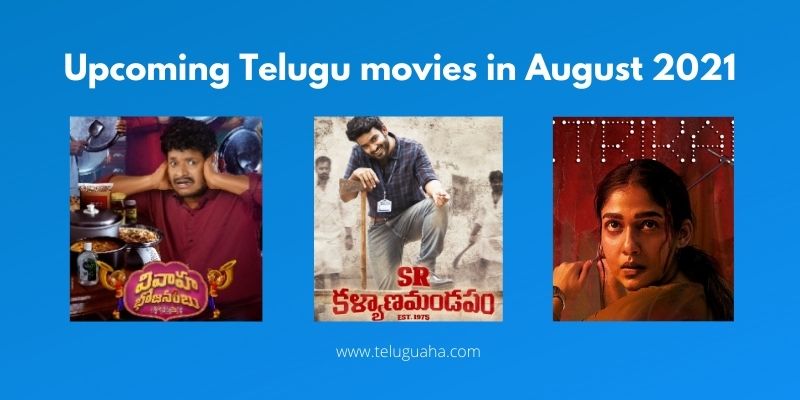 Story: Rayalaseema backdrop Movie. Sai Kumar playing the role of Father and kiran abbavaram as his son. Son never listens to his father.

Story: whole story seems to be surrounding around drugs, smuggling, killings. It is one of the awaited thriller movie.

Story:  A newly wed woman, a priest, an estranged father and an angry son, all these have to face their destiny one day.

Story: Sanjay Swaroop fells in love with Svetha Awasthi. Later he faces problem in getting marriage with her. Story is about Love, Career, Family etc..

Story: Kuruthi story is a revenge drama film. In trailer itself we can see a statement as “ A vow To Kill, An Oath To Protect”, which clearly depicts it as a crime chasing thriller.

Story: It is the remake of Korean film “Blind”. A Criminal starts kidnapping young woman in chennai and later rapes and Kills them. Nayanathara who is visually Impaired but gifted with sharp observing things with other senses finds this killer.

Story: When Humanity gets in trouble, Kong On Behalf of people Fights with Godzilla.

Story: Story is about Young Guys and Girls enjoying life uncompromisingly. Some adult scenes were included, so it is not a family drama film, its completely a Youth romantic entertainer.

Story:  Three boys fighting for their ultimate aim in a thrilling way, Later they come to know that they are brothers.

Story: A guy get marriage and suddenly lockdown is announced in india. Guys in-laws and Married woman’s parents stays there itself.

Telugu audience await a lot for Malayalam and Tamil Dubbed movies. Since a long time movie lovers are eager to watch super deluxe in Tamil. This movie starring Vijay sethupathi in lead role is going to Stream on Aha in August First Week. Along with it Netrikann starring Nayanathara, Arvind swami starrer Naragasooran and Prithviraj Sukumaran’s Kuruthi is about to release in August 2021.

Watch Movies in Theatres or On OTT’s Only. Keep Visiting Our website to get the latest Updates of Movies OTT Releases, Reviews etc..