Sree Vishnu’s Alluri Movie Review: Sree Vishnu is known for content-oriented films but suddenly seems like Sree Vishnu trying to do commercial films also as we can see his last outing Bhala Thandanana which was a flop at the box office and again he is coming up with a commercial film called Alluri to test his luck, well the film got hyped once stylish star Allu Arjun graced the pre-release event, so let’s delve into the in-depth review ad find out whether the film is worth watching your time or not. 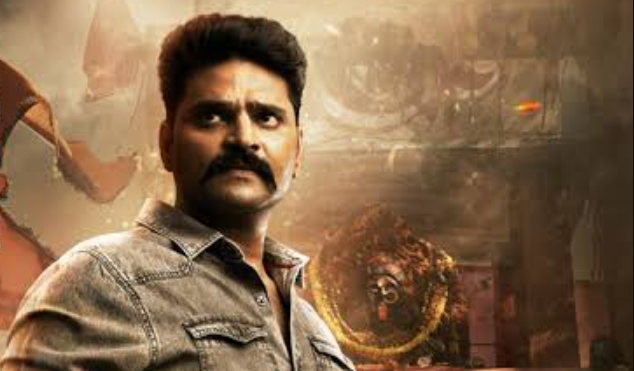 Alluri’s movie narrates the journey of A. Ramaraju(Sree Vishnu) who is a sincere police officer faces countless transfers in the span of 20 years, however, things take a different turn when he faces a ruthless politician.

Back then one of the successful genres is police, but now things have changed police stories are completely vanished but still, makers are trying to make films on the police backdrop, unfortunately, they are failing to make an engaging story with a police backdrop and ‘Alluri’ is one among them, during the promotions of Alluri, Sree Vishnu stated that this is a biopic of police and the film never gets bored from start to end but while watching you feel the complete opposite, except few scenes the film has nothing to engage.

Sree Vishnu as Rama Raju is good as the police character is completely new to him and we should appreciate his makeover and he looks in different variations, Kayadu Lohar has no scope to perform, and the rest of the cast Tanikella Bharani, Suman, Raja Ravindra, Prudhvi Raj (30 Years), Ravi Varma did well.

Pradeep Varma completely failed to make engaging content, though the plot looks thin, scenes should have been written something fresh.

Technically, Alluri looks average, Raj Thota who impressed with Arjun Reddy but he failed to capture brilliant visuals, Arjun Reddy fame Harshavardhan Rameshwar’s songs are not up to the mark but he impressed at the background score, and the rest of the technical team did their best.

Finally, Alluri is only for Sree Vishnu fans.