Son Of India Box Movie Office Collections: Manchu Family Presenting Son of India Movie has been released grandly in theatres on February 18, 2022. Amid Trolls the movie was released but didn’t got Postive response. Movie didn’t Collected not even 10 lakhs on first day. Whole Two days it collected around 6 to 7 lakhs at box-office. 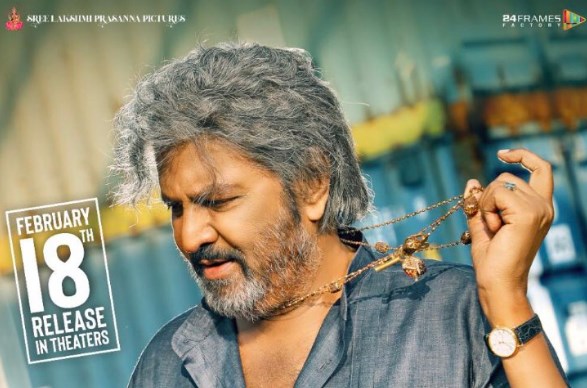 Dialogue King Mohan Babu Starrer Son Of India Movie has been first released in more than 350 theatres but after the first show 100 Matnee Shows got cancelled. This made a huge loss for Makers and it is a great feat in Telugu Film Industry. Trolls on Manchu Family starting flooding since the launch of this Movie. Even Critics say that there is nothing in the movie’s Story, Dialogues to watch apart from nice Plot. Director, Scriptwriter hasn’t done well in bring out this Son Of India.

Only 2 tickets were booked in whole Ap and ts
Snow anna and snow babu in Theartre #SonOfIndia pic.twitter.com/S9O78Yww8w

Hey what is this yaar. See screenplay and producer names #SonOfIndia pic.twitter.com/oGbSoDC4mT

Son Of India Movie was written and directed by Diamond Ratna Babu. Manchu Vishnu himself has bankrolled this project under his own banners 24 Frame Factory and Sree Lakshmi Prasanna Pictures. Mohan Babu, Srikanth, Pragya Jaiswal played the main lead roles. Ilayaraja composed the music while Cinematography was done by Sarvesh Murari and Editing by Gautham Raju.

Son of India is a Complete Political Action Drama. Mohan babu played the role of Virupaksh who is one way to make society a better platform. On his journey, he faces many problems and he becomes Chief Ministers.