Shivani Rajashekar Wiki and Biography: The Indian Telugu film industry is where Shivani Rajasekhar works as an actress and model. She is the oldest child of Telugu actors Rajasekhar and Jeevitha. 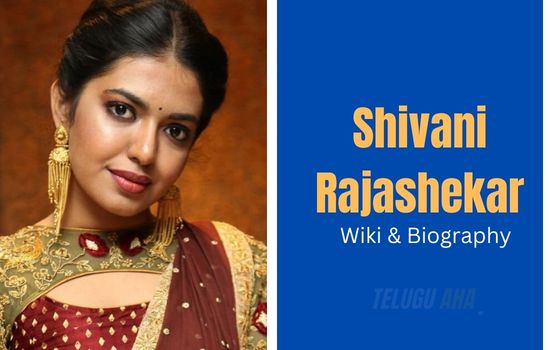 Shivani Rajasekhar started out acting in Telugu movies, but she went on to act in movies in a lot of different languages. Aha Na Pellanta, a show in which she and Raj Tarun both star, will soon have its digital debut on the Zee5 app. She has also been in Telugu movies as a guest star.

She grew up in Hyderabad, which is in the Indian state of Telangana. She was born there on July 1, 1996. Before she went to college to get her degree, she went to the Nature Waldorf School in Hyderabad. Also an actress is Shivathmika Rajashekar, who is younger. Eesha Rebba is one of the people Shivani Rajashekar hangs out with.

She was born into the movie business and grew up loving to act. Now she makes a living as a professional dancer. Her first movie is the Telugu version of the Hindi film 2 States, in which she plays a supporting role. In this remake, she will play the part that Alia Bhatt had before.

Shivani Shivatmika Movies is a company that she and her sister own together. The father of the two sisters plays the main role in the 2019 Telugu movie Kalki, which was directed by Prasanth Varma. Along with Hiphop Tamizha Adhi and Kashmira Pardeshi, she was in the upcoming Tamil movie Anbarivu (2022), which was directed by Aswin Ram.