Shanmukh Jaswanth Agent Anand Santosh OTT Release Date: Shanmukh Jaswanth, the star who gathered huge fan base with his YouTube series like Software developer and Surya is now joining hands with the same writer for web series to be released on the Aha OTT platform this July. As per the information only 2 episodes from the series will be available for streaming from the first season as of now. 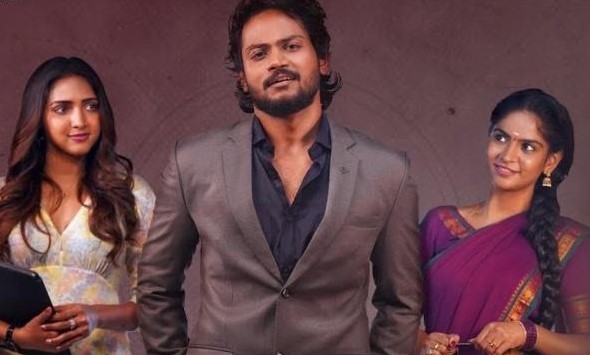 Anand Santosh, a happy go lucky youngster joins a detective agency with the suggestion given by one of his closest friends. He has to follow all the rules mentioned by the agency, incase of handling any case. At the same time, few missing cases will be registered in the city and all are young girls. Anand Santosh is handed over the same case and in the process of investigation, he finds out some dangerous truths and unravels the gang behind all the abductions.

This series stars Shanmukh Jaswanth in the main lead and Vaishali Raj, Alankrita Shah, Prithvi Jakhaas plays another important roles. Series is directed by Arun Pawar and written by Subbu. Cinematography is handled by Danush Bhaskar and Music is composed by Ajay Arasada. This series is produced by Vandana.B and backed by Aha.

Agent Anand Santosh is a thriller series with the main character playing the role of detective. Series has multiple seasons and the team is planning to release only 2 episodes from season-1 on July 22, 2022. We can expect an update from the team as soon as these 2 episodes are released for streaming on Aha OTT.

Agent Anand Santosh trailer has been released on July 15, 2022 and the series is confirmed to be streaming on the leading Telugu OTT platfrom Aha. As per the information available, only 2 episodes from season-1 will be available for streaming on July 22.

Agent Anand Santosh is all set to stream on Aha OTT platform this July 22, 2022. However only 2 episodes from the first season will be available for streaming as of now. After the response for the 2 episodes released, team will accordingly plan the release of remaining episodes and will announce the details on the making of season 2 as well.

When is Agent Anand Santosh OTT Release Date and Time?

Not declared, Agent Anand Santosh is yet to release.

No, Agent Anand Santosh is not available on Netflix

Agent Anand Santosh is a new kind detective thriller in Telugu and there are few projects in Telugu with the detective stories in the main plot. We can expect an entertaining and thrilling experience from this series that is all set to release on Aha Video this July 22.