Radhey Shyam Movie Review: A much-awaited film for not only Prabhas fans include all the movie fans are eagerly have been waiting for its release and finally with all the postpones the film Radhey Shyam is released today March 11, 2022. every got spellbound after watching the film. a new concept that we have seen before in Indian cinema and visual brilliance, intense performances made Radhey Shyam so special film. 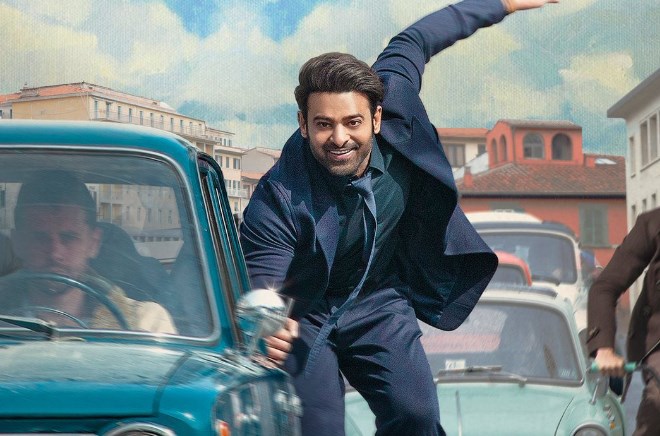 The film is not only a period epic love story, but the movie also has a lot of layers, which are showcased brilliantly by the director Radha Krishna, the film has structured with 3 layers every layer is so unique, a party between love and life, a fight between fate and destine and the final one a bridge between myth and ancient science about astrology.

The film is getting spellbound responses all over the world from the audience, so let’s see how this movie turned out to be good and whether the movie is worth watching or not.

What’s the story of Radhey Shyam

The story is set in Italy in the 1970s where Vikram Adithya(Prabhas ) who is well known as ‘Palmist’, has the ability to predict the future, and a lot of famous politicians, celebrities, businessmen comes to him to check their future. However, he fell in love with Prerana(Pooja Hegde) who is a doctor in Italy, with time passes, Prerana also fell in love with Vikaram Adithya but her fate has something unbelievable, which Vikram Aditya knows, as he can predict how Prerana going to die, will Vikaram Aaditya save her life? will love win over destiny form the rest of the story.

Radhey Shyam starring Prabhas and Pooja Hegde are the main leads and also features Murali Sharma, Bhagya Shree, Priyadarshi, Krishnam Raju Jagapathi Babu, Sachin Khedkar, Ajay and others, the movie is directed by Radha Krishna who earlier directed a fil called Jill and the film cinematography done by Manoj Paramahamsa, while the music composed by S.S Thaman and the film produced by Vamsi and Pramod under the banner of UV Creations.

Radhey Shyam is a visual feast to watch in the theater and the movie has nothing negative to tell, brilliant storytelling by director Radha Krishna Kumar as he succeeded in balancing Prabhas stardom. Prabhas has done a fantastic job as a Vikram Aditya he has just nailed it and after a long gap, we have seen him in complete lover boy character, Pooja Hegde as Prerana has done well and her character ahs beautifully written and her character is the heart of the film.

Manoj Paramahamsa brilliantly captured the 1970’s Europe locations and kudos to the Art department for creating such brilliant sets. and the music director SS. Thaman uplifted the film to the next level.

Finally, Radhey Shyam is worth watching the film for so many reasons go for it you will never disappoint.