Hyderabad, 29th June 2022: Zee Telugu never seizes to surprise its audience and keep them entertained through its thought-provoking and enthralling content lineup. While the channel’s fiction shows have kept the audience glued to their TV screens, it looks like there is a special surprise for the viewers of ‘Inti Guttu’ and ‘Mithai Kottu Chittemma.’ Zee Telugu is all set to air two exhilarating ‘Mahasangamam’ episodes of these popular fiction shows on 30th June and 1st July from 2 pm to 3 pm and they will surely leave the audience stunned. The Mahasangamam episodes will not only give viewers an opportunity to see their favorite artists from both the serials in a single frame but also keep them at the edge of their seats with all the drama that follows! 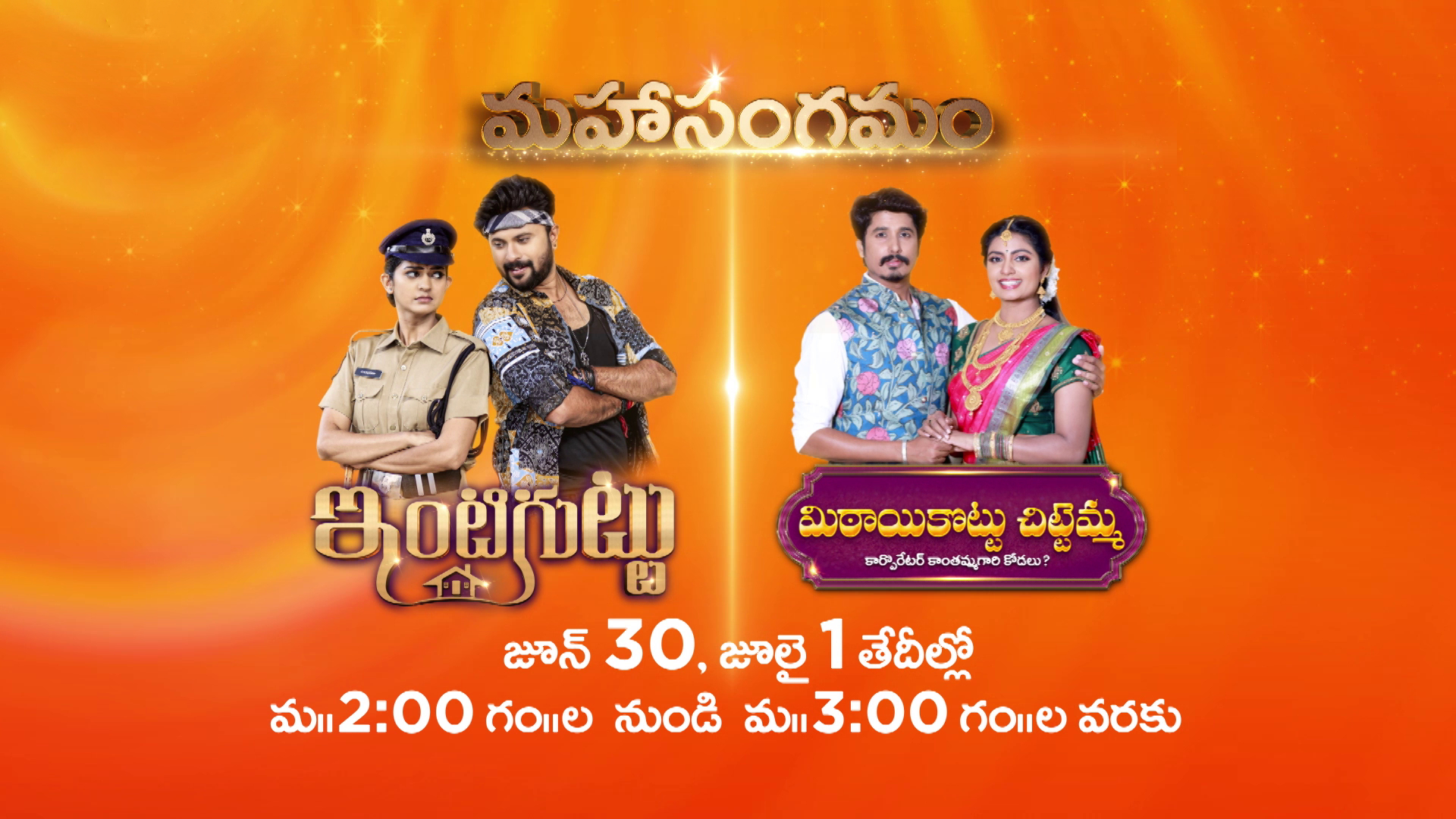 During these special one-hour episodes, we will see some interesting scenes between money-minded Sampada and Siddhu (from Inti Guttu), and Kanthamma (from Mithai Kottu Chittemma), who go to any extent for money. How the female leads of both the serials, Kalyani and Chittemma, handle a situation that arises amongst the trio and the drama that follows will surely keep the viewers entertained.

While both the shows have made a mark with their unique storylines and relatable characters, they have also developed a cult following amongst the audience, which will surely make the Mahasangamam episodes a must-watch for many!

To watch the exciting drama, tune in to the Mahasangamam episodes of ‘Inti Guttu’ and ‘Mithai Kottu Chittemma’ on 3oth June and 1st July from 2 pm to 3 pm, only on Zee Telugu.