R.P. Patnaik Wiki and Biography: Ravindra Prasad Patnaik, also known as R.P. Patnaik, is a well-known Indian singer and composer who mostly sings in Telugu, Tamil, and Kannada. Three Filmfare Awards and three Nandi Awards have been given to him so far. His live performances have taken him all over the world. Patnaik went into the movie business because he wanted to be a director. But before that, he was in charge of music. One of his brothers, Gautam Patnaik, is also a well-known director. 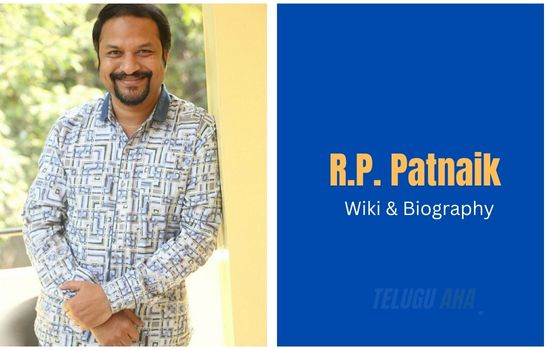 R.P. Patnaik was born on March 10, 1970, in the Indian state of Odisha. Patnaik loved music and writing songs since he was a child. He went to Andhra University and got his master’s degree in space physics. He decided that he wanted to make movies in Tollywood. But in the end, he was able to do well in the field of music direction. Before he became a music director, he tried his hand at acting and directing in the movie business.

We don’t know much about R.P. Patnaik’s childhood, including where he went to school and who his parents were. Despite that, he is from Odisha. He has been making movies in Tollywood for a long time, and reviews of his movies have been good. People liked him for the parts he played in movies where he was blind.

The Filmfare Award has been given to three of R.P. Patnaik’s movies in a row: Excuse Me, Santosham, and Nuvvu Nenu. In 2001, he won the Nandi Award for his work on the movie Nuvvu Nenu. He has won awards from a lot of cultural groups. He is a good singer who has put out nearly 300 songs.

He is best known for his musical work, but in the 2004 Telugu movie Seenu Vasanthi Lakshmi, he played a blind singer in his first role as an actor. He was in the 2016 movie Tulasi Dalam, which he also produced, directed, and wrote the music for.