Popular TV Shows in Telugu 2021 (ETV, Gemini TV, Star Maa, ZEE Telugu): TV Shows and Serials always been the most entertaining programs on small screen. In early 1990’s TV Serials played an important role in the success of a TV channel. Now everyone focus has been shifted towards Telugu Reality Shows and Telugu Game Shows. In order to cash on the new found craze of TV Shows many celebrities taking part in this programs. Let us have a look into the Top 10 Most Viewed TV Shows in Telugu 2021. 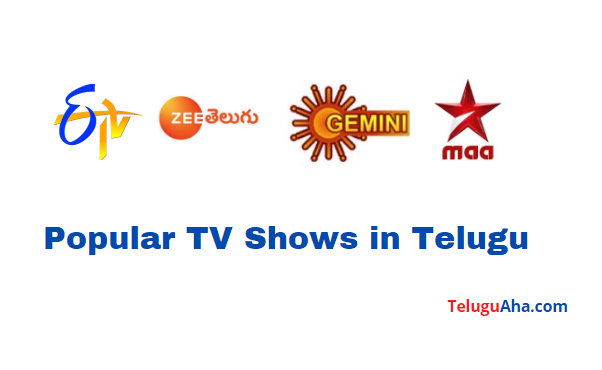 Cash is one of the most entertaining game shows in Telugu Television. Suma Kanakala made this show a bumper hit with her anchoring skills and comedy dialogues. The show has recently finished 150 Episode featuring Gaali Sampath movie team. Cash is one of the most viewed Telugu Game show where celebrities very much liked to participate in it as part of their movie promotions.

Alitho Saradaga is one of the popular TV show on ETV interviews forgetten artists of Tollywood. Telugu actor Ali hosts this show with his sarcasm and comedy timing. Many popular Telugu actors have been interviewed by Ali in this show. Tollywood producer Anil Kadiyala is the director of this show, He is an expert in engaging audience in a fun-filled conversation between Ali and the Celebrity guests.

Jabardasth is one of the popular Telugu comedy show premiers on ETV, this show has ruled whole Television industry for many years. Also, this show stands in top 5 TRP ratings of Telugu Television channels. Tollywood producer M. Shyam Prasad Reddy is the producer of this Comedy show.

Adhirindi is a Comedy show telecasts on ZEE Telugu with five teams who performs comedy skits. The show has been viral for quite some time on YouTube. Adhirindi features talented comedians who entertains the audience with their hilarious jokes and comedy timings in the presence of judges.

No. 1 Yaari with me Rana is a Television Talk show show produced by Viu India (season – 1, 2) and now Aha for season – 3. It is a Gemini TV show and one of the most popular celebrity shows of Telugu. Many popular Telugu film actors participates in this show.