Jr NTR Evaru Meelo Koteeswarulu Registration 2021 & Season 5 Starting Date: We all Telugu people knows how much the “Meelo Evaru Koteeswarudu” show is popular in Telugu Television Channel. Hosted by Nagarjuna and Chiranjeevi earlier is now re branded to Evaru Meelo Koteeswarulu with new host Jr NTR. It is one of the popular Telugu reality game show inspired by Kaun Banega Crorepati (KBC). 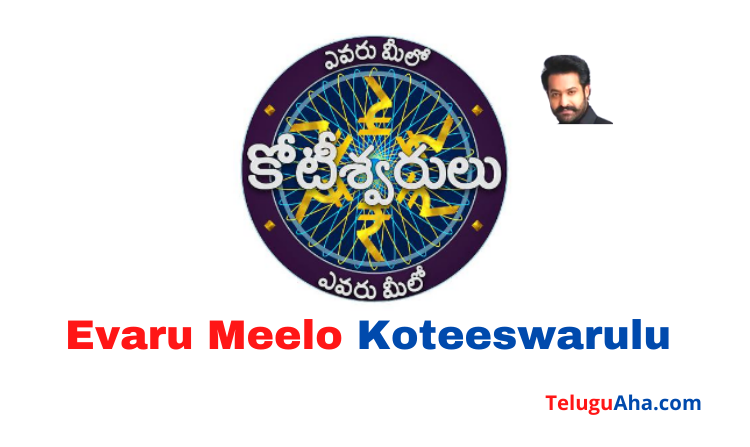 The show was first launched in Telugu as Meelo Evaru Koteeswarudu in 2014, which was hosted by actor Nagarjuna. The first four seasons of the show was aired by Maa TV and recorded highest TRP ratings. Later Nagarjuna was replaced with Chiranjeevi due to his busy schedule in the fourth season. As the show is now taken up by Gemini TV, the title has been slightly modified to “Evaru Meelo Koteeswarulu“, meaningfully.

How To Register for Evaru Meelo Koteeswarulu 2021?

Speaking about the Registration process to enter into “Evaru Meelo Koteeswarulu” one should have to complete the registration and selection process. Already some people have been selected to quick start the show from June, 2021. However, interested people can register their names in the official website of SUN Network (or) Gemini TV.

How to participate in Meelo Evaru Koteeswarudu?

Any Telugu speaking person can participate in the show and he should be an Indian, You should need to fill out the personal details and contact details with necessary documents. Take the General Knowledge Test and Complete the registration process and wait for a phone call from the show management.

The eligibility criteria for Evaru Meelo Koteeswarulu is almost same as all other reality shows.

What is The Prize Money?

Yes, of course.. The general audience can win small amounts of prize money for the public questions. Moreover, general audience will be given an opportunity to participate in the Game Show for answering the questions correctly using their phones. These questions will be displayed during the show telecast.

The show has an amazing TRP ratings on small screens. The Season 1 of the show which is aired on Star Maa has the highest TRP rating of 10.8 TVR while the average TRP is around 6.7 TVR. Earlier, NTR hosted the first season of BiggBoss which was a huge success and helped Starmaa regain the No.1 position in terms of TRP ratings. So, we can expect the same trends for Evaru Meelo Koteeswarulu.

As per the Buzz in Telugu Film Circles, there will be 60 episodes in this season and NTR will be paid a whopping 30 lakhs per episode making his overall remuneration a staggering 18cr for the complete season. This makes him one of the highest paid television hosts in India.